TikTok claims women should replace their underwear every 6-9 months, but is that true?

If you’ve ever cleaned out your top drawer and pulled out a pair of underwear that’s full of holes, has stretched out elastic, and was relegated to the “period underwear” pile years ago, it may be time to say goodbye, even if they aren’t technically worn to death yet. But if they’re still in one piece, how do you know when to say goodbye?

Most of us are aware that when bras start to get stretched out or have underwires that stab our chest it’s time for a replacement, but what about underwear? Is there a certain age at which we should be retiring our undies, and if so, when is it? People on TikTok have been saying that women should be replacing underpants every six to nine months, but that’s not necessarily true, according to experts like OB/GYN and author Jen Gunter, MD.

It’s no surprise that the key to ensuring you and your underthings have a long happy life together is ensuring that you take care of them by washing and drying them properly. You actually don’t have to wash your bra after every wear, which extends its life and helps it keep its shape for longer.

We’ve chatted with gynecologists about what the best kind of underwear is and how often you should be washing bras, but when is it time to throw out old pairs of underwear and bras?

When do you need to throw out old underwear and bras?

There’s no exact science that says you have to get rid of your underwear in a certain timeframe, but most experts and underwear makers recommend disposing of them after about a year. This is usually when components of your undies, like elastic around the waist and legs, will start to stretch out, altering the fit (which can become uncomfortable).

After this time, the gusset (the extra layer of fabric in the middle that looks like a liner) in the underwear may start to hold onto odors, too. Even if they still look good — no holes, the days of the week are still intact, or the lace is still holding on — they might not be worthy of wearing. While it’s normal to have some discoloration at the gusset from vaginal discharge, lingering odors tend to be a sign of bacteria. If you find that even after washing your underwear in hot water with gentle detergent, they still smell funky, it might be time to let go.

Microorganisms can live in the gusset area of your undies, leading to that stink and possible health issues like urinary tract infections, yeast infections, and skin irritation. While these are rare, ensuring that your underwear and the area around your labia is clean is key to preventing any issues.

For bras, you’ll want to think about replacing them once the band is stretched out or when you begin to wear it on the tightest band setting. If the elastic doesn’t have much life left, it won’t give you the support you need, which can cause back pain and general discomfort. Because straps are made of a similar material to the band, they’ll stretch out and begin to fall off your shoulders, even if you tighten them regularly.

And, of course, always ditch a bra that has an underwire poking out or one that is uncomfortable. Life’s too short to wear a painful bra.

We know this might all sound obvious, but we’ve also been in the position of not wanting to part with an undergarment we’ve grown attached to — or had to put on that dreaded “extra” bra tucked away in the back of the drawer because all your good ones are dirty.

What are some signs an undergarment is at the end of its life?

Underwear may begin to sag or feel loose while wearing it once they’re stretched out and no longer fitting properly. You may also notice holes from regular wear and washing. If you find that the gusset of your undies start to smell, even with regular washing, say goodbye.

Once bras don’t feel supportive anymore or you notice that they’re extremely stretched out, it’s time to move on. Not only is pulling up your shoulder straps annoying, but it means you aren’t getting the lift and support you need. This can lead to back pain or gaping cups, as the bra is no longer held closely against your body. When you’ve finally found a bra that provides the exact support you need, we know it can be hard to part with it. To avoid this, try shopping from brands that create longer-lasting products — or just replace the beloved brassiere with a newer model.

Why should you replace old bras and underwear?

There are plenty of scientific reasons to replace old undergarments (e.g. bacteria), but let’s be real: You shouldn’t feel uncomfortable in something you wear under your clothes every single day. Suffering from wedgies and underwire pokes isn’t enjoyable!

Plus, it’s always a good idea to reduce your chance of getting a urinary tract or yeast infection by throwing away underwear that’s seen better days. Funky odors and stretched fabric can mean it’s time to switch to something that’s more comfortable and has less bacteria living in it.

How should you go about getting rid of old undergarments?

You can throw old bras and underwear in the trash, but that doesn’t mean you should. Many big cities offer textile recycling programs, like clothing collection sites at New York City’s Greenmarkets, but not all people have access to such programs, and even these recycling programs only accept clothing, not any textile waste.

Some brands offer undergarment recycling for free or a low price. Knickey accepts any kind of undergarment (bras, tights, socks, men’s boxers, kid’s items, you name it) through its recycling program, and it’ll turn your old pieces into products like insulation for homes, carpet padding, and furniture batting. Simply sign up for a Knickey account, request a free shipping label, send in your items, and Knickey will give you 15 percent off your next purchase (so you can replace what you threw out).
For Days also offers a recycling program, called the Take Back Bag. The brand will recycle textiles (socks, underwear, sheets, pillowcases, towels, linens, shoes and handbags) for a small fee of $20, which includes the cost of a Take Back Bag to ship it in, the actual shipping, and you can send in up to 20 pounds of waste to be recycled. Plus, you’ll earn cash credit toward your next purchase with them equal to the cost of your Take Back Bag.

What kind of bras and underwear to buy as replacements

When looking to replace worn-out bras and underwear, it’s important to keep an eye out for a few things. First, you want to ensure that whatever undergarment you choose is easy to launder. Normally this means it’s made of a fabric that isn’t fussy (like cotton or bamboo), doesn’t have a ton of lace or appliques (we love our lacy lingerie, but it requires special washing), fits well (isn’t too tight, but isn’t too loose), and will work with your clothing (meaning it won’t show if you don’t want it to).

You would normally wash any kind of undergarments in cold water in a delicates bag, but materials like cotton can withstand hotter water temps if you want to sanitize them or have any stains or odors you want to remove. Always remember to use a gentle detergent, too, as synthetic fragrances can irritate your skin.

Underwear and Bras with a Longer Lifespan 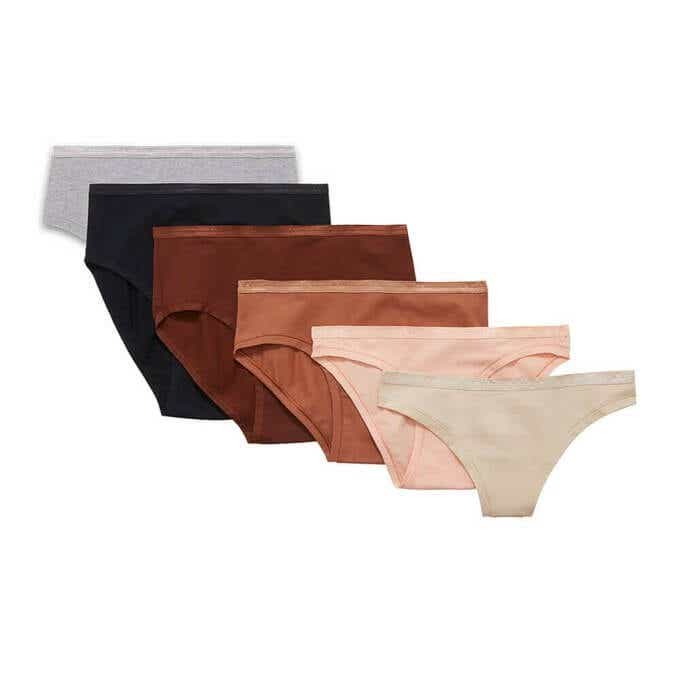 Might as well replace more than one pair of underwear at a time! This set from Knickey comes with five different styles of underwear, ranging from low- to high-rise, all of which are made from organic cotton. Cotton is a breathable fabric that helps ensure your underwear doesn’t hold on to much moisture from sweat, unlike synthetic fabrics, which can retain moisture and lead to bacteria growth. 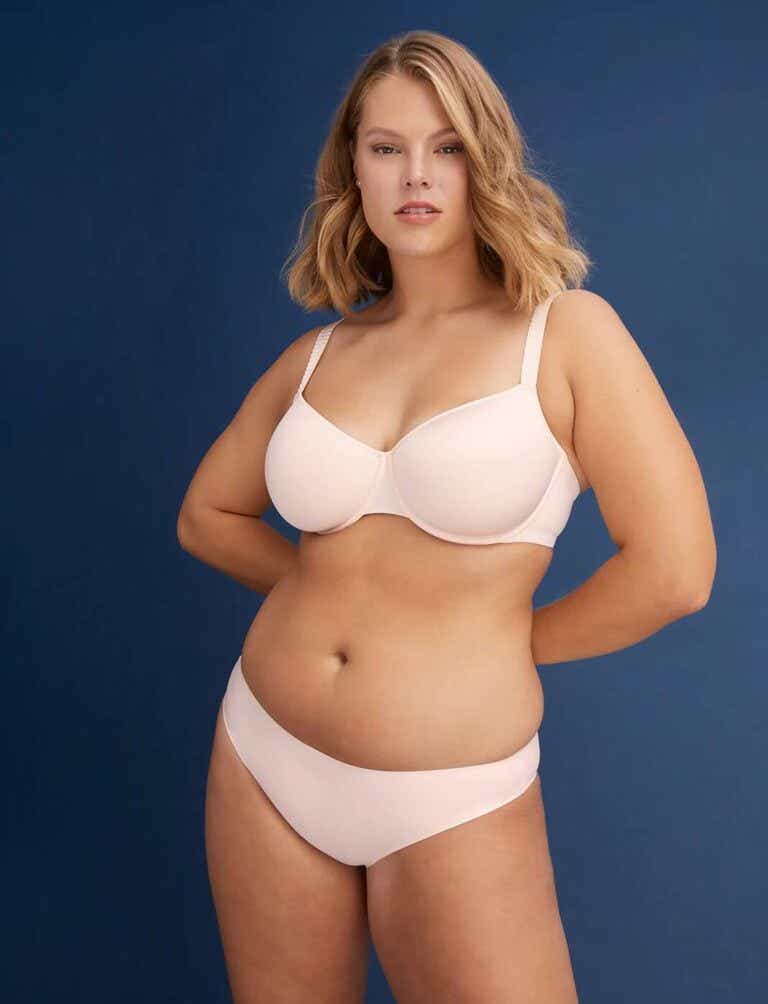 How many times have you put on a top only to realize the texture of your bra shows through? Too many. This smooth-front bra won’t show under shirts, even thin T-shirts, and it’s seriously one of the most comfortable bras we’ve ever tried. There is slight padding for a streamlined look, but it’s thin enough that it isn’t uncomfortable. Plus, Thirdlove offers bra sizes up to 44E, and they also offer half-cup sizes. 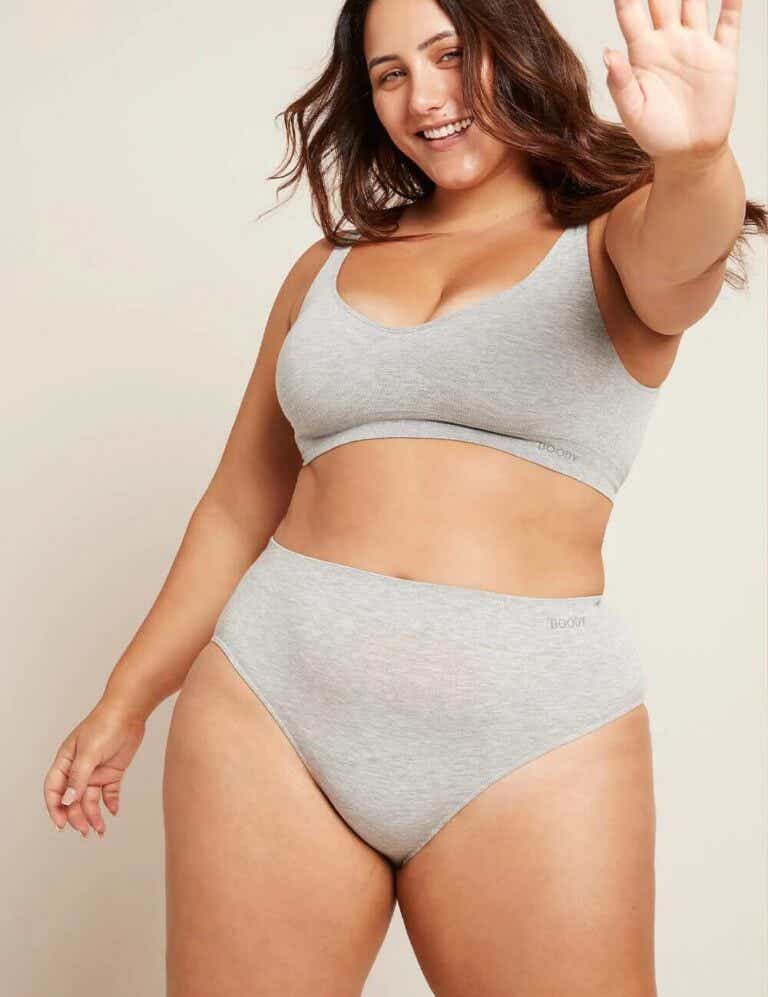 Wearing underwear made from natural materials can actually decrease skin irritation because it allows for your skin to breathe and helps sweat evaporate more quickly. This pair of briefs from Boody is made from bamboo-derived viscose, which acts similarly to cotton and is super easy to wash. 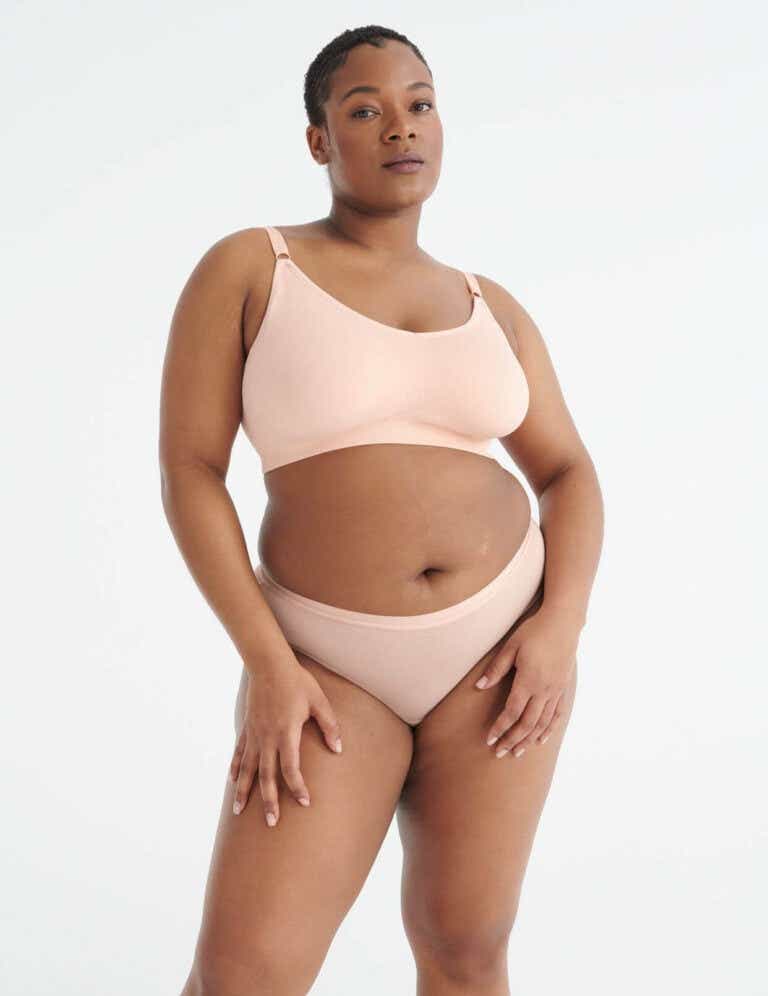 Leaks happen, and unfortunately, there isn’t any way to prevent them. You can, however, ensure your underwear keeps you dry all day long. These underwear are made of soft and breathable cotton, but the gusset has an extra absorbent layer that wicks away moisture of any kind from your body, helping prevent odor, discomfort, and any possible leaks. They’re infinitely reusable, too, so they’re a great alternative to disposable pads or underwear. 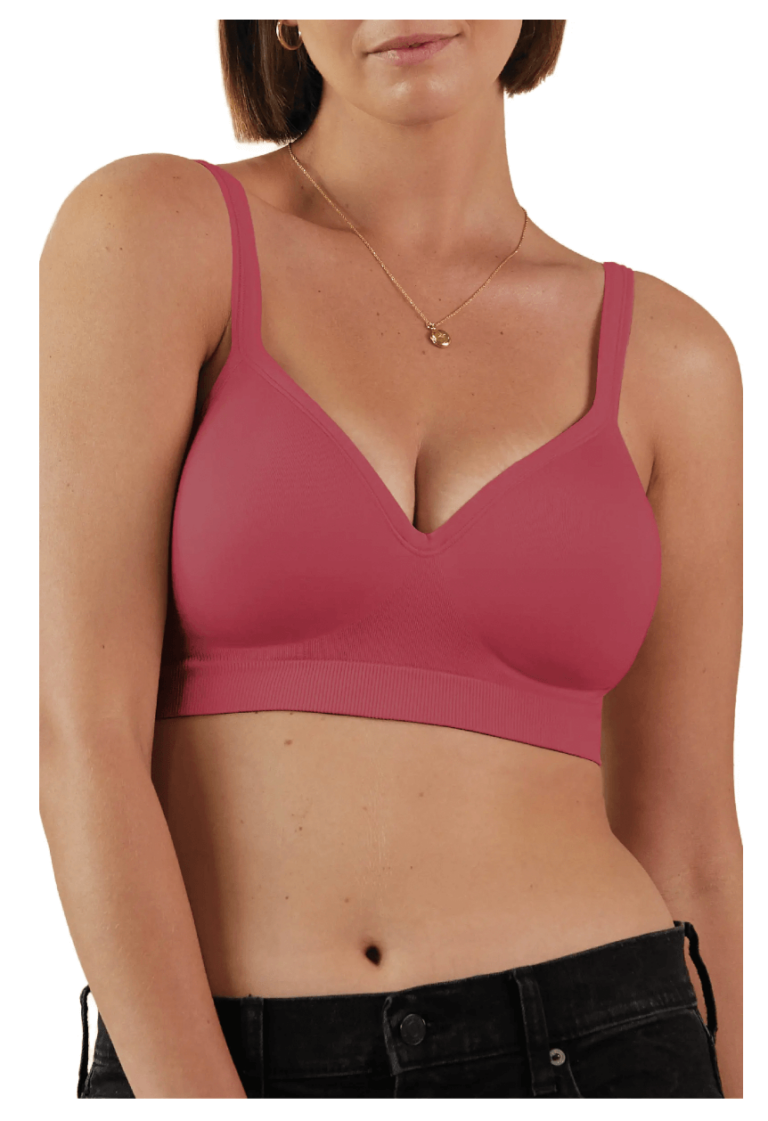 Support without underwire is possible, and it’s so much more comfortable than it used to be. The first wireless bras relied on padding to support your chest, but thankfully the designs have come a long way. This bra does have sewn-in cups, but they aren’t so thick you’ll see them through your clothes. The four-way stretch fabric keeps you feeling secure and lifted, too.

We’ve all heard the phrase, “dogs are man’s best friend.” As it turns out, when it comes to what dogs can do for us, “best friend” may not even be the half of it. Most dog lovers know that there’s no better feeling than being greeted at the end of a long day by a […] 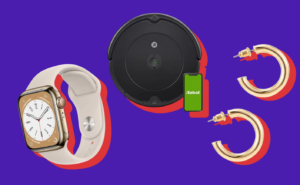 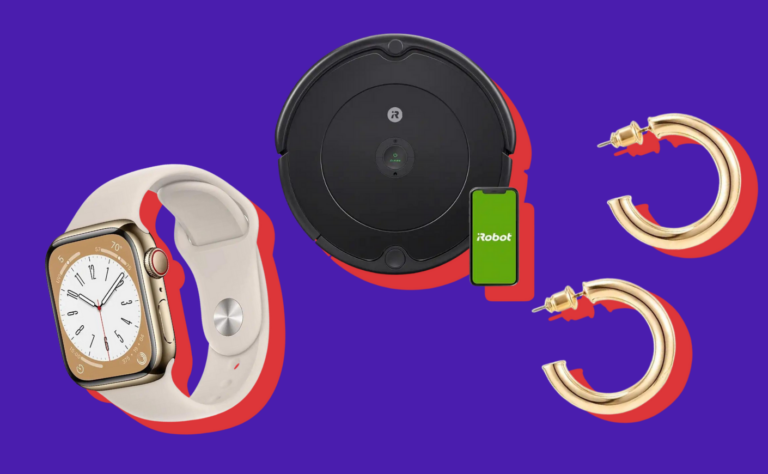 Who doesn’t love a good sale? When it comes to shopping with your wallet in mind, visiting Amazon to add a few items to your cart is a no-brainer. Many of us have benefitted from the retailer’s major discounts, rapid shipping times, and ease of use, and the deals just keep getting better. Rumors have […] 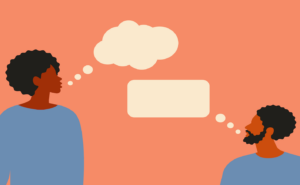 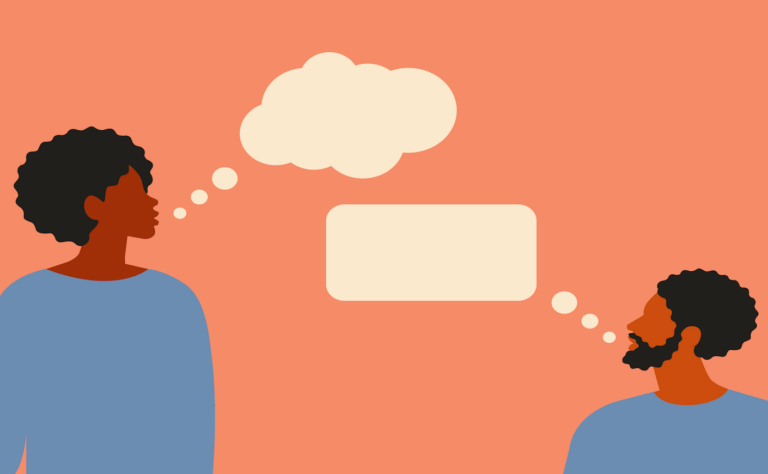 You’ve heard it all before: Men are from Mars, women are from Venus. Stacks of self-help and psychology books have been devoted to the subject of biological sex’s potential impact on the brain. Some scientists argue that biological sex hormones and brain structures determine “male” and “female” behavior, while others argue that environments shape these […]