And he’s got a major event planned to celebrate.

Those who lived through the Reagan era will vividly recall the day in March 1981 when the president was shot in a highly publicized assassination attempt as he crossed a Washington, D.C., sidewalk. The man who perpetrated that attack pleaded insanity in a dramatic trial that captivated the nation. And as of June 15, he’s free.

The culprit, John Hinckley Jr., was sent to a mental institution, where he lived for more than 30 years before being released in 2016 under heavy supervision. Last year, a judge set a date for June 2022 when all restrictions would be lifted — and now, they are.

We’re taking a closer look at Hinckley’s motivations, his trial, and his big plans for a sold-out concert later this summer. (Yes, you read that correctly.)

Why did John Hinckley Jr. attempt to assassinate President Reagan?

Hinckley was born in Oklahoma in 1955, and by all accounts had a fairly average childhood. But by the late 1970s, after dropping out of college and making a failed attempt to build a career as a musician, he was struggling with depression and living a largely adrift existence.

Around this time, he developed a fascination with the 1976 Martin Scorcese film Taxi Driver, which stars Robert De Niro as a Vietnam War veteran suffering with PTSD who engages in violent crime. (This is the film that gave us the iconic “You talkin’ to me?” monologue.) Hinckley reportedly saw Taxi Driver 15 times, which led him into a deep obsession with Jodie Foster, who played a 12-year-old prostitute in the movie.

Hinckley began pursuing Foster by traveling to New Haven, CT, in hopes of connecting with her after she’d enrolled at Yale University. He even left notes at her dorm and told people he met that he was Foster’s boyfriend.

“I love you six trillion times,” Hinckley wrote to Foster in a note dated March 6, 1981. “Don’t you maybe like me just a little bit? (You must admit I am different.)”

Foster later testified about the letters and phone calls she received from Hinckley, at one point telling the court, “I don’t have any relationship with John Hinckley.”

Hinckley’s writings and recordings to Foster began to include the idea of a “historical deed” that would get Foster’s attention — based upon the plot of Taxi Driver, in which De Niro’s character plans to assassinate a presidential candidate. Hickley’s version involved taking the life of Ronald Reagan, who had been sworn in as the 40th President of the United States earlier that year.

“Jodie, I would abandon this idea of getting Reagan in a second if I could only win your heart and live out the rest of my life with you, whether it be in total obscurity or whatever,” Hinckley wrote to Foster in March 1981. “I will admit to you that the reason I’m going ahead with this attempt now is because I just cannot wait any longer to impress you. I’ve got to do something now to make you understand in no uncertain terms that I am doing all of this for your sake.”

Decades later, in September 2021, once Hinckley had been approved for release, his attorney released a statement expressing Hinckley’s “profound regret” to both Foster and his victims.

How did the assassination attempt unfold?

It happened on March 30, 1981. Reagan was exiting the Hilton Hotel in Washington, D.C., after delivering an address to members of the labor union AFL-CIO when Hinckley fired a .22 caliber revolver at the president and his accompanying security team. Hinckley was immediately overpowered and apprehended by law enforcement.

One of the bullets bounced off the presidential limousine and struck Reagan under his left armpit, but the commander-in-chief was swiftly loaded into the car to be taken from the scene, and he didn’t notice he’d been injured at all until he began coughing up blood. Reagan was rushed to George Washington University Hospital, where he walked inside without assistance. Doctors discovered the bullet hit his left lung, narrowly missing his heart. He returned to the White House after 12 days of treatment.

ABC, CBS, and NBC were all on the scene at the time of the attack, and for the next several hours viewers received extensive live coverage of the incident. Amid uncertainty about Reagan’s condition, Vice President George H.W. Bush made efforts to assure the public that the executive branch was running smoothly.

“I can reassure this nation and a watching world that the American government is functioning fully and effectively,” Bush said in a television address. “We’ve had full and complete communications throughout the day.”

Though Reagan’s injuries were mild, others in the vicinity fared worse: Press Secretary James Brady, Secret Service agent Timothy McCarthy, and District of Columbia policeman Thomas Delahanty were all seriously wounded, and Brady, who was shot in the head, remained paralyzed afterward.

What happened to Hinckley in court?

Hinckley’s trial began about 13 months after the shooting and lasted for seven weeks. He was charged with 13 crimes, including attempting to assassinate a president and assault with intent to kill.

Hinckley’s legal team — a high-powered one, hired by his wealthy parents — approached the case with a defense predicated upon their client’s insanity. Lead psychiatric expert Dr. William Carpenter declared that Hinckley suffered from schizophrenia and displayed four key signs of such a diagnosis: “an incapacity to have an ordinary emotional arousal,” “autistic retreat from reality,” depression that involved “suicidal features,” and an inability to develop typical social bonds.

In assessments with medical professionals, Hinckley’s train of thought seemed emotionless and scattered, and another doctor testified that the defendant’s thinking represented “the very opposite of logic.” Hinkley’s defense team argued that he thought De Niro’s Taxi Driver character was speaking to him, and that Hinckley acted as if he were “acting out a movie script.” Before the defense rested, the jury was shown Taxi Driver in its entirety.

After four days of deliberations, Hinckley was found not guilty by reason of insanity on all 13 counts. He was subsequently confined to a Washington-based hospital for more than 30 years, during which time he received extensive treatment for his mental illness.

Why was Hinckley released from custody?

In 2016, a judge allowed Hinckley to leave the facility to live under his mother’s supervision in Virginia, and in the years since, the restrictions on Hinckley have gradually loosened.

Then, in September 2021, a judge decided Hinckley’s improvement over the years warranted an “unconditional release” from all restrictions — but not immediately. Though Hinckley was granted more freedom and was spotted out and about, the court set the June 2022 deadline so he could be monitored closely in the meantime, especially considering Hinckley recently experienced two big life changes: His mother passed away, leaving him to live alone for the first time in four decades, and his longtime therapist retired.

But now that the date is here and a U.S. attorney report ruled that Hinckley “has recovered his sanity such that he does not present a danger to himself or others because of mental illness,” he’ll finally regain total autonomy over his day-to-day life.

The family of Ronald Reagan has not responded positively to the news. In 2021, Reagan’s daughter Patti Davis wrote in a Washington Post op-ed that while memories of the attempted assassination have faded in the public, she still feels viscerally affected by the damage to her father and his security detail, and she fears what might happen if Hinckley were to try to contact her, her siblings, or Jodie Foster.

“You just have to live with the fear, and the anger, and the darkness that one person keeps bringing into your life,” she wrote.

What does Hinckley plan to do after he’s released?

He’s got his sights set on a particularly splashy career as a singer-songwriter.

Hinckley maintains a YouTube channel where he posts videos of himself performing both original songs and covers of rock classics, and he’s already racked up nearly 30,000 subscribers.

Hinckley announced in January of this year that he was on the hunt for musicians to join him on stage. “I’m starting a band. I’m looking for a bass player, drummer and lead guitarist,” he tweeted, adding an address for a P.O. box where interested parties could reach out to him.

Earlier this month, Hinckley announced a live show at the Market Hotel in Brooklyn, posting online that he’ll be performing 17 original songs at the show. The hotel’s website originally listed the concert as taking place on July 8 and said the event was sold out; however, that page has since been deleted (and the hotel did receive some criticism on social media), so it’s currently unclear whether the show will go on. The Market Hotel has not responded to KCM’s requests for confirmation.

But in the meantime, Hinckley has remained active on Twitter, even giving his followers an email address where they can submit correspondence and offers for live appearances. 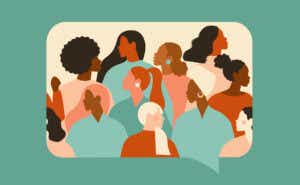 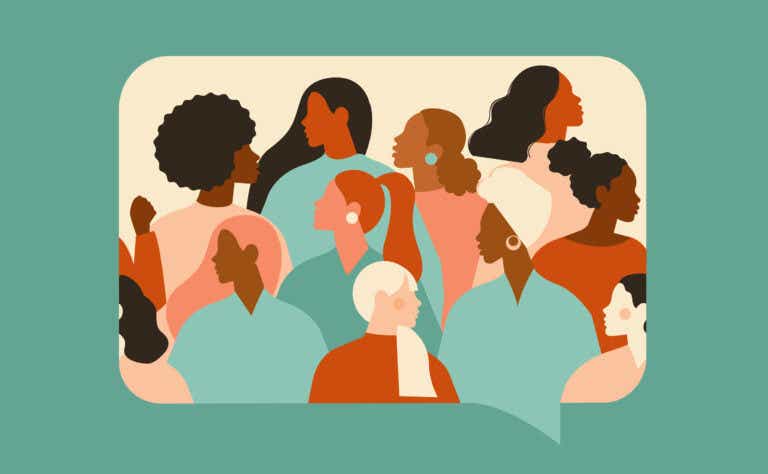 The Choice They Made: Wake-Up Call Readers Share Their Abortion Stories

The nation’s highest court just struck down Roe v. Wade, a landmark 1973 ruling that has — until now, at least — protected the legality of abortion. Now that it’s been overturned, access to this often life-saving procedure will be drastically limited or become virtually nonexistent for millions of Americans, especially those who live in […] 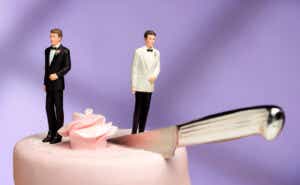 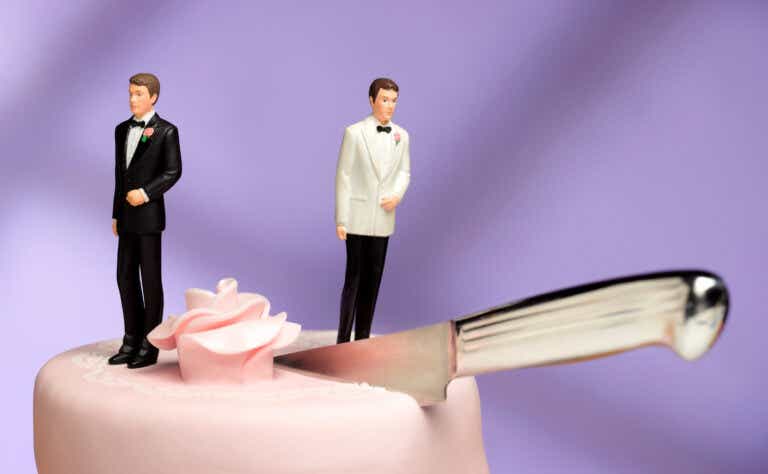 More than a month since a leaked draft opinion revealed the Supreme Court’s plans to strike down Roe v. Wade, the official decision has been made. The Supreme Court has overturned Roe v. Wade, and legal scholars are already bracing for the next big constitutional battle. Advocates, activists, and everyday Americans alike worry that the […] 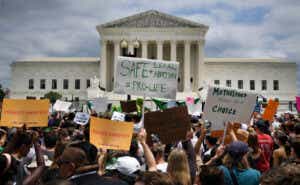 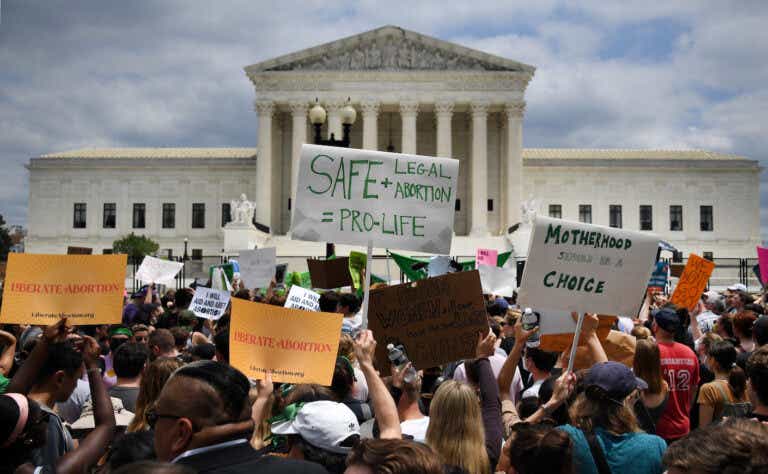 Following the Supreme Court’s decision to overturn Roe v. Wade, Katie spoke to former Acting U.S. Solicitor General, Supreme Court clerk, and Constitutional law expert Neal Katyal to discuss the future of abortion rights in America.  They talk about everything from the impact of this decision and the future of abortion rights to legislative processes […]