An expert on how Google, Facebook, Uber and others are faring during the pandemic

Silicon Valley holds many of America’s greatest innovators. As the world faces an unprecedented disaster, we need Big Tech to step in. So what are big companies like Google, Facebook and Amazon doing? And what’s in store for their business models as economic interests shift?

Jessica Lessin, the founder and editor-in-chief of The Information, a publication that breaks down the technology industry’s impact on business, weighs in. She describes some of the new technology companies are working on and their varied challenges ahead.

Katie Couric: Apple, Facebook, Google and other Silicon Valley companies were the first large corporations to ask their employees to stay home — when the coronavirus was just beginning to be understood by most Americans. How much did these actions by Silicon Valley help in alerting both the public — and public officials — about the importance of “social distancing” and flattening the infection curve?

Jessica Lessin: While these companies were early to tell their employees to work from home (and even allowed them to take their $1,000 office chairs home!), I was surprised how long it took them to share meaningful education about Covid-19 prevention with the billions of people who use their services. They ultimately all did, and I suspect some of the delay was them going back-and-forth with government agencies who were also slow to respond. But I’ve seen them be much more active, early in the past, around other public service matters like get-out-the-vote drives.

Apple and Google recently announced plans to collaborate on an app that will help people track potential interactions with Covid-infected patients using Bluetooth and low emission tracking data. This is an interesting collaboration among two of the largest — and typically, fiercely competitive — Silicon Valley firms. What do you think of the initiative and the outlook for this collaboration working? Can this technology help identify and isolate “at risk” populations? Will the American public accept a lack of privacy at this time — in return for greater public health?

The Apple-Google partnership is fascinating because, as you say, these two companies rarely work together. (As an aside, they were very close for years before Google went head-to-head with Apple by launching Android.) It is very hard to say how impactful their efforts to track potential infected patients will be. They are creating an app that will tell people when they have been around someone who has Covid-19. To work, a lot of people need to use the app — or the technology in other apps — and to update it if they are diagnosed.

Other companies, like Facebook, are gathering anonymous data to share with researchers through the service. So far, it seems like all the efforts have been very conscious of user privacy, but I do think privacy is less top of mind for Americans right now. Remember when we were all concerned about virtual assistants like Alexa and what they did with our data? Now, consumers are rushing to buy these devices and others for convenience, and to be in touch with loved ones.

What other Silicon Valley tech firms are taking a lead in innovation around helping Americans cope with this pandemic? Can you provide an example of what some innovative tech firms are doing that, in your opinion, may have a significant impact? What other firms come to your mind?

When they are at their best, tech companies can spin up new services quickly and efficiently and that happened in many cases. One company Domo, in Utah, comes to mind. Its main business is helping big companies analyze their data. But as the crisis worsened there, the company shifted gears and focused on creating a crisis command center for the state of Utah. Of course, they used their technology, so the effort is good marketing. But I think it is also a really nice example of a tech company quickly using its skills to drive the response.

Which tech businesses may suffer the most consequences — in terms of layoffs and financial viability — as a result of the pandemic? Uber, Lyft, AirBnB are three tech giants that come to mind — as being particularly vulnerable.

Few areas have been spared and travel and ride-sharing are definitely among the hardest hit. Airbnb, which was on the brink of a very closely-watched IPO, had to get $2 billion in rescue financing and has managed to avoid employee layoffs so far. (It did lay off contractors.) Uber and Lyft are struggling, with their ride-sharing businesses about half of what they were in many places. Uber Eats’ food delivery business has seen a surge in demand, but the economics don’t begin to cover the losses from ride-hailing.

I’m personally very interested in how consumer behavior will change after the crisis — or not. Will we travel in the same ways? Will we use food delivery on a much more regular basis? I think Uber and Lyft will offer products to adapt to new ways of doing things — some of which may be better business than ride-hailing, which still loses a lot of money. But it is very unclear if and when they will make up the lost revenue.

What about Amazon? It seems people are relying on Amazon more than ever to order essential products (and other packages)? Is their volume of packages climbing? With stores closing, Amazon is becoming even more essential in our daily lives. Is this pandemic showing everyone how essential Amazon has become in our daily lives?

I’m personally so grateful for Amazon and all the other e-commerce services. I’ve found myself using non-Amazon e-commerce more and more as Amazon has had delays, as it has tried to focus on essential items. When Walmart.com recently had toilet paper in-stock, a friend sent a link around and we all ordered some within seconds!

I think e-commerce, in general, will emerge even stronger once the economy bounces back. The convenience is undeniable. For Amazon in particular, the question is always whether rivals like Walmart — still with a much greater share of overall retail sales — and competitors like Google, will up their game more to compete. I’d never count Amazon out.

How about media companies — especially those that rely on advertising? Separately, what impact do you see on the streamers as production is delayed and many consumers may have trouble affording subscriptions?

We are facing a severe advertising recession. Tim Armstrong, who ran AOL and a huge part of Google’s advertising business, recently told us that there has never in history been a greater disconnect between the surge in people consuming media and the ability for those companies to make money. That makes me profoundly sad and scared. But there are other options for media companies, like subscription businesses. We’ve been one since we started six years ago, and I’m very grateful for our model. If brands focus on delivering value that readers will pay for, media companies can thrive through this period.

As consumers are more cost-conscious, brands will have to work harder to earn their loyalty, but that can be a good thing. It’s the right kind of incentive — to be valuable and to be different. If we end up with a lot less copycat media, whether mediocre streaming video services or entertainment masquerading as news, that will be a good thing.

The NYT had an interesting profile on Bob Iger recently — and his “short lived” retirement from running Disney. The piece suggested that Iger may have had some interest in leaving “on top” but those days are over as Disney — particularly their theme parks, live events, and sports programing — are being impacted by the pandemic. How much trouble are they in?

The very businesses that made Disney the most powerful and resilient media company during the past decade of disruption — the theme park business and ESPN — are now major liabilities. Professional athletics is on hiatus, and no one is going to theme parks. It’s great Iger got the service video service Disney+ out the door, but it is still a money-loser for the company. It is safe to say this is very uncharted territory and not the kind of strategic crisis that Iger was expecting as he ceded the CEO title a few months ago.

This originally appeared on Medium.com 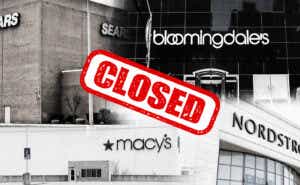 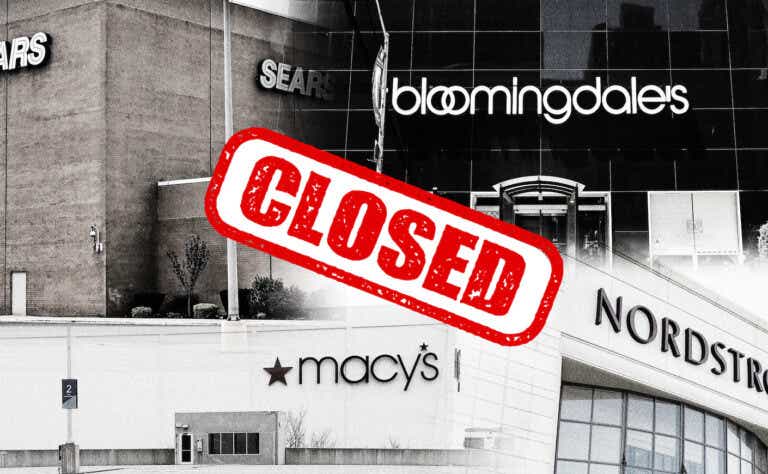 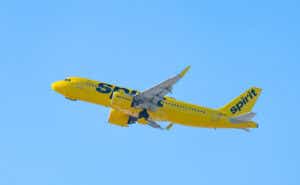 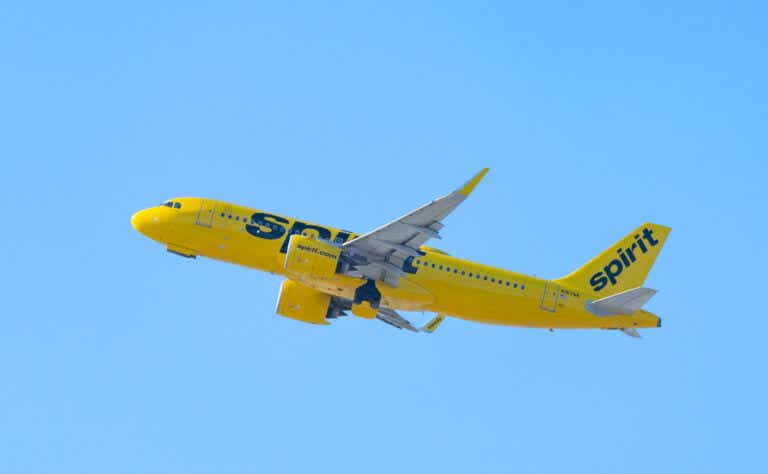 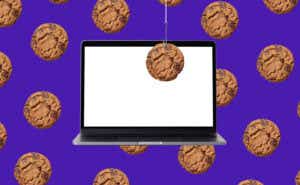 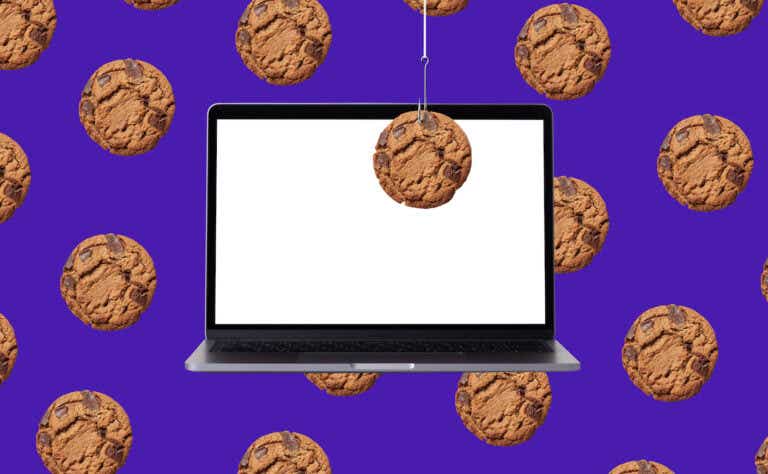