How many times have you found yourself ducking out of a conversation that started out great but ultimately led to a difference of opinion that didn’t feel worth fighting about?

In a time when simply logging on to social media exposes us to others arguing for sport, leaning into feelings of conflict avoidance is understandable. And yet, if you’re unwilling to engage in a healthy disagreement, you’re actually missing out on the opportunity for significant personal growth.

To learn more about how a spirited argument can enrich our lives — and how to give ourselves the highest chance of winning those arguments — we turned to the best of the best. Bo Seo is a two-time world champion debater and the former coach of the Harvard debate team, and now, he’s using his skillset to help the rest of us navigate disagreements in our day-to-day lives with the new book Good Arguments: How Debate Teaches Us to Listen and Be Heard.

“Disagreements can be painful, divisive, and uncomfortable, but they make our lives bigger by exposing us to ideas that might not come naturally to us and forcing us to show ourselves in our fullness,” he says. “When you don’t focus on always being palatable or agreeable, you can have relationships of greater depth and conversations that can change your mind.”

Below, Seo shares strategies from the world of competitive debate that you can use in your own life to make arguments fair, civil, productive, and truly informative.

How to change someone’s mind and win an argument

Learn to pick your battles

The first step to making good arguments, Seo says, is knowing when arguing is a good idea.

He observed it via his own experience: After spending so much time developing the craft of debate, it was easy to jump at the chance to flex that muscle whenever he could. “Everything looks like a nail when you’re holding the hammer,” he says. But when it comes to one’s personal life, Seo learned (“at great romantic cost”) that a truly great debater knows when a disagreement is worth having.

Seo recommends determining this through the acronym RISA: Something is worth debating if the disagreement is real, important, and specific, with both sides aligned on the same goal.

First, you don’t want to get into a debate that’s based on something you misheard or misunderstood, so it’s important to ask yourself (or the person you’re speaking to) if the disagreement is real, meaning it’s based on a legitimate difference of opinion.

Calling an issue “important” is perhaps a subjective assessment, but it’s best to engage in disagreements about things that truly matter to you, rather than a frivolous tit-for-tat.

Third, arguments are specific when they’re about a concrete point. “Some contentious issues have the danger of becoming about everything, or becoming almost a proxy,” he says. “A conversation about gun violence might really be about our view of the role of government. It tends to get abstract like that until it becomes so large a dispute that it’s unmanageable.” Your conversation will be much more effective if you avoid zooming out quite so far.

And finally, being aligned on the goal of your disagreement means both parties are looking for the same thing — ideally, a fair resolution. It might seem counterintuitive, but a good disagreement actually begins with some level of agreement, specifically about what the argument is regarding and how you’re going to argue about it. So if you’re in a tussle with your significant other, for example, you clearly disagree on who’s in the wrong. But to have a productive discussion, both parties have to agree that the point is to come to a mutual understanding, rather than simply fighting for fighting’s sake. “If the other side is just in it to hurt your feelings, then you might not want to engage,” Seo says.

Essentially, you’re seeking to meet what Seo calls the “two basic burdens of proof” for convincing someone of something: Proving that your point is true, and proving that it’s important.

In Good Arguments, he outlines a tool called “the four W’s” which will help you flesh out your case. It’s as simple as asking yourself these questions: What is the point you’re trying to make? Why is it true? When has it happened before? And finally, who cares?

So maybe someone would counter your argument by saying that, sure, planting a tree is good for the environment, but it might be too expensive, or it might ruin someone’s view, or it might be bad for the local ecosystem. From there, your job would be to use demonstrable facts, along with a dash of persuasion, to explain why the benefits to the environment outweigh whatever possible drawbacks have been raised.

Know how to combat a bully

No matter how much good faith you bring to a conversation, you’re always going to run into those people who insist on bulldozing the discussion so that it all happens on their terms.

“One of the more common varieties that I see is people who I call ‘The Wrangler,’ who just say ‘no’ to everything and never put forward a positive proposal of their own,” Seo says. “They can poke holes in any position that you advance, and those people are very hard to debate because it’s kind of like boxing against shadows.”

But when you’re met with an adversary who responds to your points with nothing but criticism, Seo has a trick for recalibrating the terms of the exchange. All it takes is asking them, “Well, what do you propose?”

Be wary of discounting someone’s opinion based on their identity

In today’s political climate, it can sometimes feel like who you are matters just as much as what you think. We’ve all heard the rallying cry of “no uterus, no opinion” in the context of the abortion debate, for example, or witnessed to nuanced discussions about whether we have the right to weigh in on issues that don’t directly apply to our own race, gender, or sexuality.

Things aren’t that way in competitive debate, where every member of the team has equal legitimacy to contribute. Unpacking this angle is tricky, but Seo says it’s important to consider the differences between debate on a platform that’s meant for public consumption, and the interactions in our actual lives.

“If it’s a debate about climate change, and you’re a leading news agency, you wouldn’t have some random person without scientific credentials on television,” he says. “But our daily lives aren’t television, and in the kinds of disagreements we have day to day — often at home, in the absence of an audience — just because you don’t engage with another person, doesn’t mean they go away. We still have to live with these people.”

So when you’re debating someone who you have a real relationship with, Seo believes it’s more productive to give them a fair chance to express themselves, even if you may question their authority to comment on a particular issue.

“Within our communities and our private lives, everyone has a desire to be heard and to put forward their idea to be counted in some way,” he says. “And I don’t think everybody’s opinion should have equal sway in the public sphere, but when it comes to these kinds of daily interactions, I don’t think [writing someone off] works as well.”

Be a good listener

It’s not only the polite thing to do, but truly hearing out someone’s argument is the best way to arm yourself for an informed defense. And if you think about the most odious people you’ve ever disagreed with, they probably share a common trait.

“Think about the dude who starts mansplaining about feminism or something,” he says. “Some of it is his position, but the problem is also that he doesn’t listen, right?”

“Most of the time in a competitive debate, you’re actually not talking. You’re listening,” Seo says. “And one of the things you learn is that if you’re going to have a hope of persuading someone, you have to know where they’re coming from — which starts with listening.” 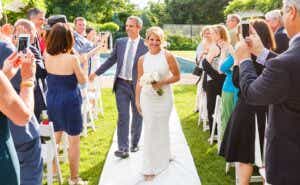 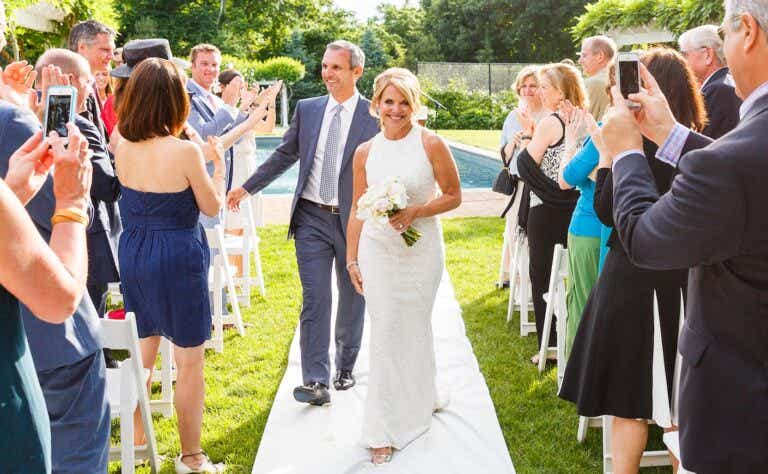 Something Old, Something New: Tips for Planning a Later-in-Life Wedding

At KCM, we love weddings (you probably figured that out from the endless stories we shared from Katie’s daughter Ellie’s wedding!). We marvel at the careful consideration that goes into selecting dresses, flowers, and food, and we never tire of those DJ dance tracks. Even if we’re not invited to the wedding, we’re excited about […] 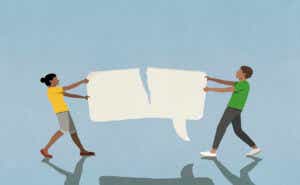 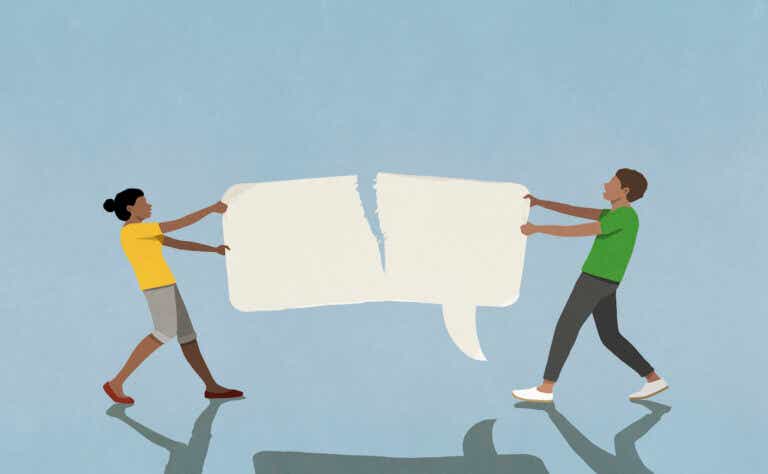 5 Things You Should Never Say When Fighting With Your Partner

Fighting with a spouse or romantic partner is never a good feeling. At best, those uncomfortable conversations can leave us feeling exhausted, overwhelmed, and hurt. At worst, they can result in permanent damage. And while you cannot avoid fights with your partner, there are tactics you can implement to help ensure these fights aren’t traumatizing. […] 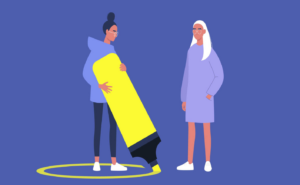 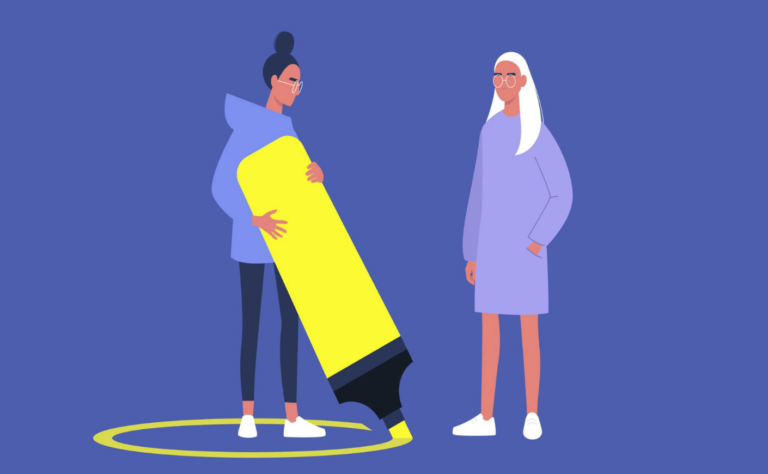 Whether you’re battling overbearing in-laws, a disrespectful boss, or friends who just can’t handle rejection, setting limits is often easier said than done. Practice saying this for us: No, I don’t have time for that. No, I’m not interested. No. It might be easy to say to yourself in the mirror, but when it comes […]