Since 2010, each year, teams of professional dancers have come together for Dance Against Cancer’s annual benefit raising money for the American Cancer Society — and have raised $2.1 million for the cause. This year, DAC, unfortunately, had to cancel its live event but is joining other groups for United Against Cancer, a virtual benefit for the American Cancer Society, on October 1st.

Wake-Up Call sat down with Erin Fogarty and Daniel Ulbricht, who co-founded DAC in honor of family members they’ve since lost to cancer, and acclaimed dancer James Whiteside, who’s participated since 2014, for a look at the org’s mission — and at how the show will go on this year.

Wake-Up Call: Erin and Daniel, could you tell me a little bit about why you started Dance Against Cancer and what you’ve been able to accomplish?

Erin Fogarty: Both Daniel and I had parents battling cancer. I had become familiar with the work of the American Cancer Society because my sister actually ran the New York City Marathon for their determination team. when you watch a family member or friend battle cancer, you think to yourself, what can you do? And I knew that at least at the time, running a marathon right then, would not be something I could do. I did know that the dance community is a pretty spectacular group, so I reached out to one of my best friends in the world, Daniel, to put something together. We reached out to the American Cancer Society, and said, “We have a bunch of friends who are also affected by this, who want to put on an evening to raise money for the cause.” And they said yes! Over the course of 10 years, we’ve become one of their events and they’ve given us tremendous support. It’s been a magical journey.

Daniel Ulbricht: As Erin said, we’re just both personally connected to this. It’s grown to a really special level now, but I think it always goes back to our roots. This started out very small, and now, in the 10th year, we’ve raised close to $2.1 million for the American Cancer Society. When you look at the figures — one in every three people are affected by this disease — you realize that everyone is more connected than you think.

And it’s sort of unique because in New York, we tend to be very much like the moat around the castle. Everyone kind of has their own artistic entity, but I feel like for this one night only the draw bridge comes down and everyone can just collide and be inspired by some of the greatest dancers in the world. Both Erin and I have lost our parents to this, but I feel like this is also part of their legacy and what they instilled in us. It’s very personal. I think it gets more and more personalized, as time goes on, as more and more people see how this has come into their life.

James, how long have you been volunteering for Dance Against Cancer, and what keeps you coming back?

James Whiteside: I think my first year was 2014. Every year has been incredibly inspiring and, you know, dancers are really special because they are just looking for a chance to dance. We want to perform all the time. So when you have a chance to do some good, all wrapped up in a beautiful little package, there’s no reason not to jump on that. I lost my mother to cancer in 2016. And, you’re very lucky if you encounter it later in life, because I find so many people to have been affected by the sickness from a very young age. I see our community as a group of people who have lost a lot of loved ones and have the opportunity to honor their memory.

This year, due to the pandemic, you had to cancel your annual performance. How have you adapted to Covid-19?

Erin Fogarty: We were luckily able to share some footage from our first event online. I hadn’t seen that footage for around 10 years. So to find it and edit it together for a little sampler platter was really nice.

It’s also just amazing that the American Cancer Society continues to plow through this. It’s really incredible because people don’t really know what to do right now. If you’re trying to deal with your treatment, and you’re going through Covid-19, there’s still help there.

Erin Fogarty: We just did a rehearsal for it last night! A bunch of dancers who are available came into Manhattan. And with masks and distance, they danced. We don’t have a final number on it because people are still sort of rolling in with wanting to help. I think the benefit of the digital situation is that even if they’re not in NYC, groups can still hop on. We have New York City Ballet, American Ballet Theater, and Alvin Ailey.

We have some independent artists joining us, and it’s going to be a really special piece. It’s being choreographed by Frederick Earl Mosley. It will be to “Rise Up,” and is inspired by recent superheroes the world’s lost to this disease: one in Chadwick Boseman, and most recently with Ruth Bader Ginsburg. The message that both of them really instilled in all of us is that despite great struggle, you can still do some pretty exceptional things. I think the dancers are positive proof that even if they don’t have the stage to dance on right now, that they still are, are actively trying to inspire and to create.

James, would you be able to speak a little bit to what performing is like right now? What’s changed?

James Whiteside: The United States has done a pretty poor job of containing the virus. There are European companies that are already back to work. Our whole lives have been paused, and we cannot work from home. We can do ballet in our kitchen, but it’s less than 10 percent of our job, really. A lot of us are just trying to convey what we’re going through via social media and getting people involved in various charitable actions, which felt really good. It’s been a really good use of this time, and, I’m really, really hoping that the United States can get their stuff together so that we can get back in our studio and back on stage.

What have you enjoyed most about forming this community?

Erin Fogarty: One of our favorite things about the event, when we are in the theater and able to do it as a live performance, is the way that people who don’t generally dance together, come together. The level of support — the high fives, the hugs coming off stage — is so inspiring. When we first started this, we felt it was very important for the dancers to share why they were there, ahead of their dancing, why they were there. I think it really does open up that gate to the audience so that we’re all sort of feeling something similar. And dancers are busy people! That is one of the most heartwarming things about all of this. This community really will just drop everything and show up for each other.

Daniel Ulbricht: To add, there’s the performer to performer relationship, but also in the past, performers could interact with the audience afterward. To hear the stories of the actual audience members offers a sense of vulnerability. And there’s a different level of preparation as a performer. As a performer, in the actual event, I feel like that performance means so much more than what you do as part of your day job. There’s a depth, gravity, that goes with finding the time and sharing your soul out there with the audience. 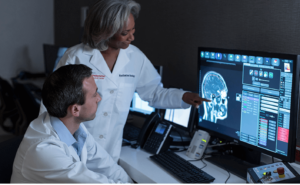 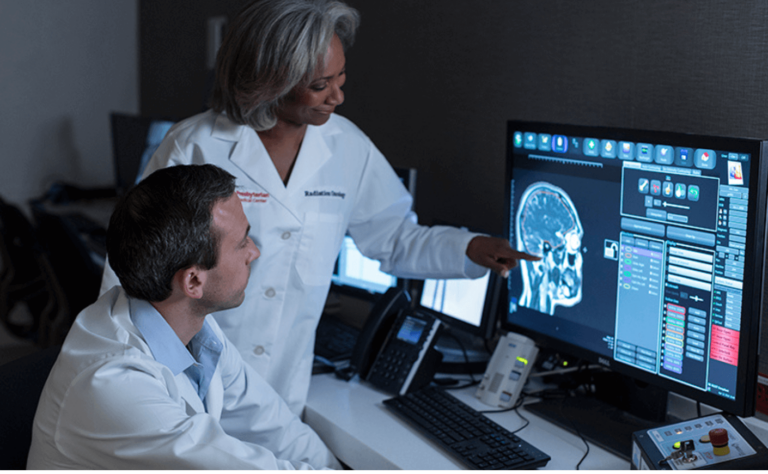 This New Approach to Radiation Therapy Could Be Game-Changing

You already know how important cancer research is to KCM, and that’s why we’re so thrilled to announce a new partnership between KCM and ViewRay, maker of an innovative treatment called MRIdian SMART (stereotactic MRI-guided adaptive radiotherapy), which targets pancreatic, prostate, lung, liver, breast, colorectal, and oligometastatic cancers. We’ll tell you more about this fascinating, […] 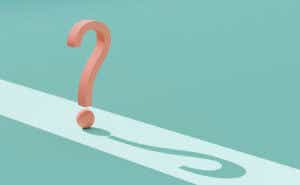 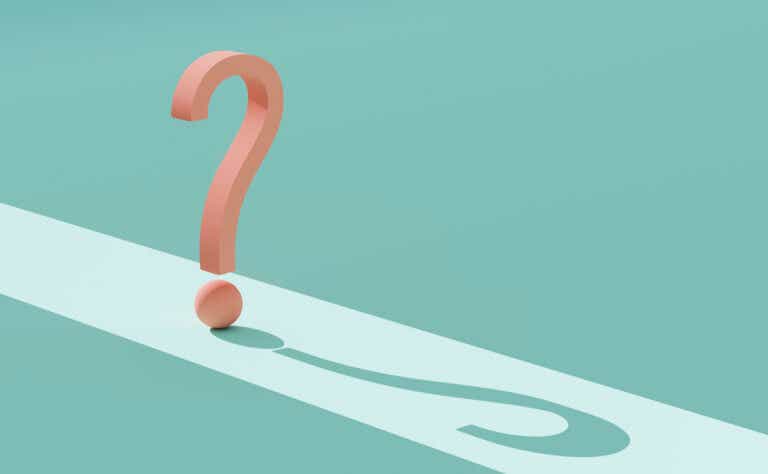 If you’re one of the millions of people in this country who has been diagnosed with cancer or knows someone who has, you’ve probably got a ton of questions. Figuring out which questions to ask can feel like it requires learning a whole new language, and at times you’ll probably feel like the only person […] 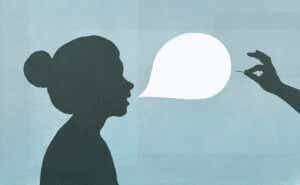 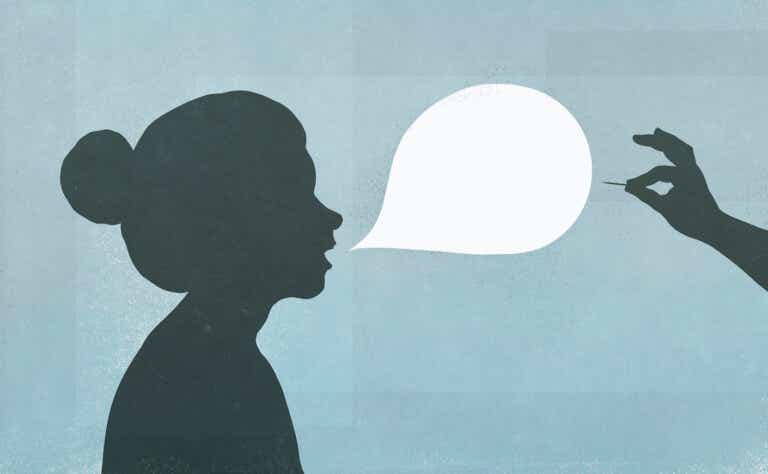 Cancer can be hard to talk about. With at least 17 million cancer survivors in the U.S. — a group expected to grow to more than 22 million by the end of the decade — chances are you either know someone, or are someone whose life has been upended by cancer. Whether a friend or […]