Wake-Up Call is launching a new series on women’s health with my gynecologist Dr. Rebecca Brightman, an assistant clinical professor of Obstetrics, Gynecology, and Reproductive Sciences at the Icahn School of Medicine at Mount Sinai. Dr. Brightman is also a certified provider with the North American Menopause Society. She’s concerned that more women aren’t talking about health issues. Our first topic? The menopausal transition…yay! And yes, folks, we are getting real. You’ll see with our first question why we’re calling this “In Your Business.”

Wake-Up Call: Let’s just get right down to what we’re all wondering here: how can a woman expect her vagina to change during the menopausal transition?

Dr. Rebecca Brightman: Menopause is not really a light switch, and everybody’s experience is different. Some women start to notice vaginal changes during perimenopause, which is the period of time directly before menopause, and can last for up to seven-and-a-half years before a woman has her final period. This is when women may start to have symptoms that interfere with sleep, like night sweats. And for many women, this is when you might start to notice vaginal changes. It may be something subtle, like you may not have needed to use a lubricant before, and now you do. There may be difficulty with intercourse, or there may be urinary symptoms.

Women who remain sexually active may not be aware of any age-related changes at all. Any kind of sexual activity maintains blood flow to the genitals, and improved blood flow helps maintain elasticity. As women head towards menopause, their periods ultimately become spaced out and hormones start to fluctuate. The overall hormonal picture is one of less estrogen. Estrogen really helps maintain the health of the vagina on many levels, so as it decreases, the vaginal tissue may change.

Looking externally, there are two labia: the labia majora and the labia minora. The labia majora can lose its fat pad, so it’s not as puffy. The labia minora may become less pronounced. The vaginal opening may start to constrict a little bit — it may be a little less stretchy. But if a woman is sexually active, and I don’t just mean intercourse, but any kind of sexual activity involving stimulation of the genitalia, they will preserve a lot of the vaginal structure. Some women may not even notice a change, but for others it could be a very quick and sudden change. Everybody’s body composition is different.

So what I’m hearing is that a good way to combat major vaginal changes is to continue having a normal, healthy sex life. Right?

Definitely. And I mean any kind of sexual stimulation. So it doesn’t matter if you’re in a relationship or not.

Let’s talk about lube. What advice do you have for women who have never used lube before?

Use something that’s silicone-based, because the water-based lubricants tend to dry out. And they tend to be very drying for women after menopause. There are so many lubricants on the market! There are even flavored ones. Just make sure it’s pH neutral — I’m not sure I’d introduce all these foreign things into the vagina.

The most important thing I can tell you is not to be embarrassed. I’ve had patients say “Oh my God, I’ve never needed a lubricant,” or, “I can’t let my partner know that I need a lubricant. That means I’m not like turned on.” That’s just ridiculous. Women tend not to be as moist as they get older, and their partner may misconstrue that as a lack of excitement, but it doesn’t necessarily mean that. Decreased blood flow to the vagina results in decreased moisture. That may have nothing to do with how a woman is feeling mentally or physically.

Decreased libido is a side effect that many women fear when it comes to perimenopause and menopause. Is there anything a woman can do to combat this?

I wish I had a magic pill to prescribe to remedy libido! All women have male hormones, and the amount of male hormones that women have drop with each decade of life. Testosterone tends to peak mid cycle with ovulation. It’s no coincidence because that’s when women are their most fertile. So as ovulation becomes more erratic, so too does testosterone production.

The FDA has approved two drugs for treating low libido, but they are approved for premenopausal women, so women who haven’t stopped menstruating. It’s rarely my premenopausal patients who complain of this, and quite commonly it’s my postmenopausal patients. So if they were to use these products, it would have to be off label, but it’s not forbidden. It just has to be monitored very carefully by your physician. There can be great variation in amounts of testosterone women are getting from various pharmacies. So they have to be super careful, and they need to be monitored.

The other thing is that stress plays a role. Some medications that treat anxiety and depression can also diminish libido. As women age, there’s a lot more stress! Whether it’s in the home, or the workplace, that can have a huge impact on libido. For men, it’s more like an on and off switch when it comes to libido. Women are exhausted, they’re stretched, and they can’t just chill out and necessarily want to have sex. Men are very different.

Tell me about other symptoms of perimenopause and menopause, and how women can ease those symptoms.

Many women have issues where they’re not sleeping, they’ve got night sweats, they’re warm during the day, they’re irritable. And many of those women are helped by hormones. During perimenopause, I frequently put people on very low dose birth control pills, which can create hormonal neutrality. Some people, when they’re done menstruating, use lower dose birth control pills — that’s what we call systemic medicine. Those systemic medicines will help the vagina. But let’s say we have somebody who just has pain during sex, vaginal dryness, tearing of tissue, or more frequent UTIs. Women don’t realize UTIs are more common after menopause because changes in vaginal pH result in a different composition of the bacteria in the vagina, and changes in female anatomy can cause the urethra to be in closer proximity to the vagina. So if women are feeling dry, or itchy, or uncomfortable, that’s when I’ll prescribe vaginal estrogen.

Well, it’s important to obviously talk to one’s doctor because it could be a thyroid abnormality, which is something that can throw off your period. Depending on a woman’s age, one has to be somewhat suspect that it’s perimenopause. But really as women get into their 40s, it’s not unusual for periods to start to change — many women notice their periods or are closer together. And then they ultimately space out again, and what happens is your hormone fluctuations become huge. Estrogen levels can get super high, and they can drop and be super low. And it is these highs and lows that can cause women to notice more prominent mood swings, or irregular bleeding.

All of that said, if you’re on the pill, it’s very difficult to tell. But if somebody has symptoms, and they’re on the pill and taking the placebos, they may notice that they’re much more hormonally sensitive during those few days off. Maybe they’ve started having night sweats and hot flashes just during those few days off. But you can’t really accurately do a test unless somebody is really off the pill to figure out where they are hormonally.

Tell us about the dreaded menopausal belly fat. What causes it, and is there anything that you can do to combat it?

Estradiol levels drop with age, and estradiol does play a role with the way women metabolize glucose and carbohydrates. So as we get older, our metabolic rates slow down.

The other thing is with age, women frequently become more sedentary. This, coupled with the decrease in estrogen and the way they’re metabolizing carbohydrates, fat redistributes itself, and many women will notice that they’re getting a little bit plumper as they age. I know it’s very scary, the concept of aging. A lot of aging is genetic, but exercise and healthy eating are the most important things to combat weight gain. You have to make it your mission. Prioritizing exercise and a healthy diet goes a long way. Posture is also crucial. As women age, changes in posture can result in a more protuberant abdomen. So practicing yoga or pilates can be incredibly helpful. Increasing core strength not only helps posture, but it prevents falls, and a perk is that it helps to keep the tummy in!

Do you have any burning questions about women’s health that you’ve been too afraid to ask? If you’re thinking it, we know other women are too! Write to us at info@katiecouric.com and we might feature your question in the next installment of “In Your Business with Dr. B” And of course, we will keep your info confidential! 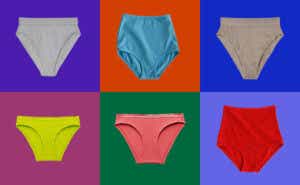 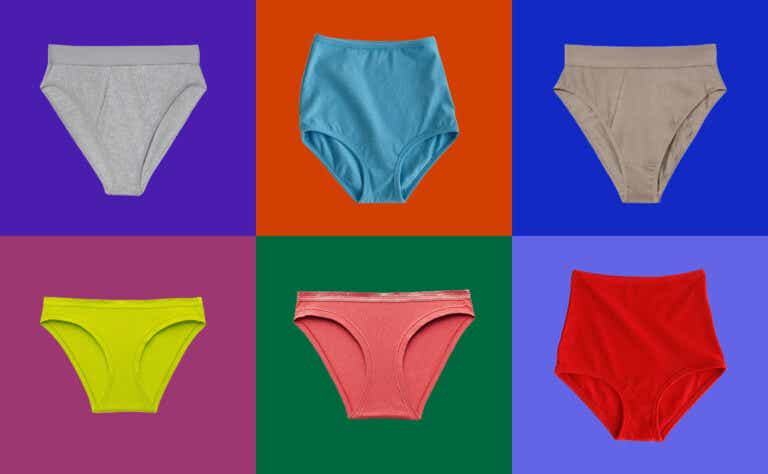 What Do You Wear Down There? Dr. B Solves the Underwear Conundrum

Like brushing your teeth or taking a shower, putting on underwear is probably one of those everyday habits you don’t put much thought into (unless you plan on getting lucky later). But for women, what kind of briefs you’re wearing daily really does matter, especially since choosing the right underwear can have an impact on […] 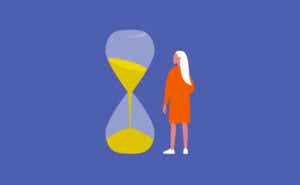 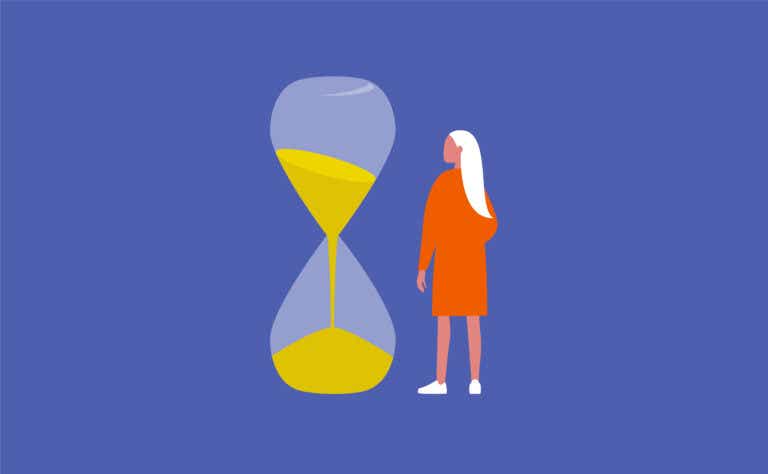 We already know that menopause is a double-edged sword: It can change a woman’s life for the better, but it can also come with debilitating symptoms. If you’re overwhelmed and confused about the delicate balance of your hormones and the gradual slide into menopause, you’re not alone. Katie recently had an illuminating conversation with Dr. […] 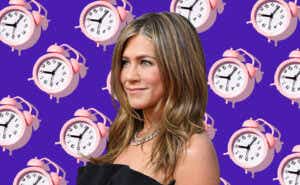 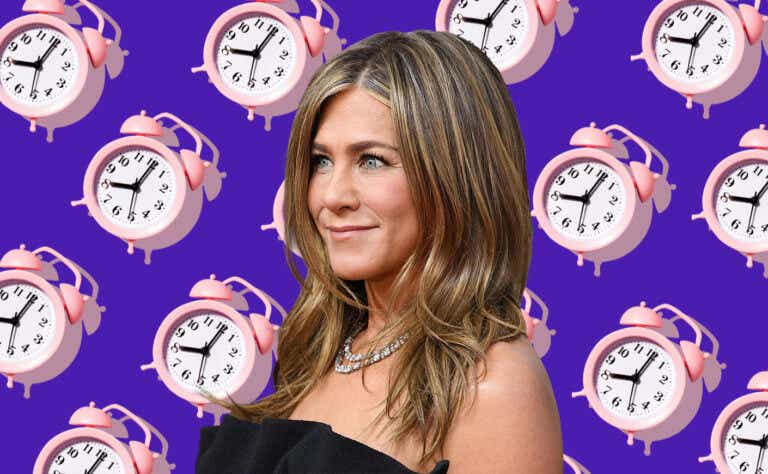 If you’re like us, you’d do just about anything Jennifer Aniston told you to do.  And when it comes to self-care and wellness, we’re especially inclined to cave into anything she suggests. Which is why we got very excited when we stumbled upon her morning wake-up routine. Come on, who doesn’t need a little assistance […]