Should you take those warnings with a grain of salt? Experts explain.

You probably don’t know the exact amount of salt you consume in a day. That’s because the sodium mineral hides within our jars of store-bought tomato sauces, soup cans, deli meats, salad dressings, and restaurant meals (often, in very large amounts). Perhaps unsurprisingly, nine out of 10 people in the U.S. consume too much sodium regularly, according to the CDC. The truth is: An overconsumption of salt can lead to serious health implications.

“Salt, or sodium, as we all know, has been linked to hypertension, the precursor of death due to heart disease and stroke, but only in a subset of people who are genetically salt-sensitive,” says Mark Hyman, MD, author of The Pegan Diet: 21 Practical Principles for Reclaiming Your Health in a Nutritionally Confusing World. Even if you aren’t salt-sensitive, it’s still recommended to only consume 2,300 milligrams of sodium per day, which is equivalent to a single teaspoon.

Cutting back on the number of times you reach for the salt shaker at dinner might not be enough if you’re looking to reduce your salt intake impactfully. That’s because copious amounts of the invisible mineral often hide in what we eat and cook with.

Thankfully, the Food and Drug Administration announced new guidelines aimed at reducing the average daily sodium intake by 12 percent over the next couple of years by urging restaurants and food manufacturers to reduce the amount of salt they use.

There’s been a lot of conflicting research on how much salt can impact blood pressure in recent years. We asked two health experts to clear the table and share the truth about how the salt we consume can affect our blood pressure.

Is there really an association between salt intake and blood pressure?

The short answer is yes. “It’s interesting because I know there are some researchers that disagree, but for people who are salt-sensitive, there absolutely is,” says Maya Feller, a registered dietitian nutritionist and healthy cookbook author. “What the research says is that there’s a link between high patterns of salt consumption and elevated blood pressure.”

Nearly half of adults in the U.S. have high blood pressure. “That means people are walking around who have borderline hypertension or may not know they have hypertension, and they’re eating as the average American would, taking in all of this excess sodium and it’s having a negative impact on their blood pressure profile.”

Why is there so much controversy around whether or not salt intake can impact blood pressure?

That’s because salt affects everyone’s body differently. “Salt, like fat, is quite complicated. It’s not like sugar. Sugar is sugar is sugar  —  and with a few exceptions, all sugars have the same effects on our bodies,” explains Dr. Hyman. “But when it comes to salt, the type of salt we eat matters, and salt has different effects depending on the person.” (Dr. Hyman recommends sea salt instead of iodized salt.)

So, salt can absolutely increase blood pressure for some people, Feller tells us. While for others, it might not have as serious of an impact. “However, the challenge is that for most of us, we’re eating much more than the recommendation. So there is an impact, which is why there are general recommendations.”

Eating the rare salty pretzel at your annual trip to the ballpark isn’t what’s going to tip the scale. There’s an epidemic of too much salt consumption across the board. (Ninety percent of the population eats too much salt regularly.) “It’s not like it’s a small portion of the population consuming a lot of salt every once in a while,” says Feller. “It’s the majority of the time. And we know that over time, that can have a negative impact on health, especially at the level people are consuming it.”

How to cut back on salt

“It’s important for people to understand their own health and where they are on the spectrum of their blood pressure profile, lipids, and blood sugar,” says Feller. “That should really be the guiding factor for how to think about making modifications.”

If you have high blood pressure, does that mean you should never eat out at a restaurant again? Not necessarily. “It’s one thing to go out once in a while and eat whatever you want. It’s totally different if you’re on the border of having hypertension, going out regularly, and not asking the restaurant to modify the salt they’re using in your dish,” says Feller.

It’s also important to take a holistic overview of everything you’re eating. “Instead of focusing completely on salt reduction to reduce blood pressure and risk of strokes and heart attacks, I recommend addressing sugar and processed food intake first,” says Dr. Hyman. “We also need to look at overall inflammation, which is the root of most chronic diseases including heart disease. Eating a diet high in processed junk foods, eating out every single day, and overconsuming refined sugars can contribute to inflammation.”

And remember that salt is still recommended in small amounts. “Salt is needed to hydrate your cells and is an important part of staying properly hydrated — which is why I often use electrolytes added to my water,” says Dr. Hyman.

There are plenty of simple swaps you can make that can make a positive impact on your health. “If you’re buying packaged goods, look for the lower sodium options. Sometimes there are even options that have no added salt,” says Feller. “If you’re cooking in your own kitchen, use low sodium broth and sauces when possible.”

And don’t overlook the power of more natural flavorings. “Dial up flavor with herbs, spices, ginger, garlic, and onion,” says Feller. “All of those wonderful ingredients and fresh or dried herbs can really change the flavor profile of a dish.” You can also play with different vinegars and lemons in place of salt. “Another thing that people can use is a pinch of MSG, which makes something incredibly flavorful and cuts the need for salt significantly.”

Is MSG a healthy substitute for salt?

“There was an article years ago about MSG and ‘Chinese restaurant syndrome’ that’s been completely discredited,” says Feller. “MSG got a negative halo around it, when in fact, it can be a great alternative for people who are looking to cut their salt.” 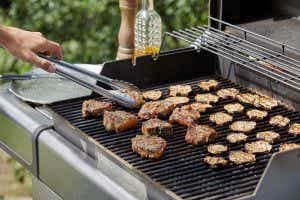 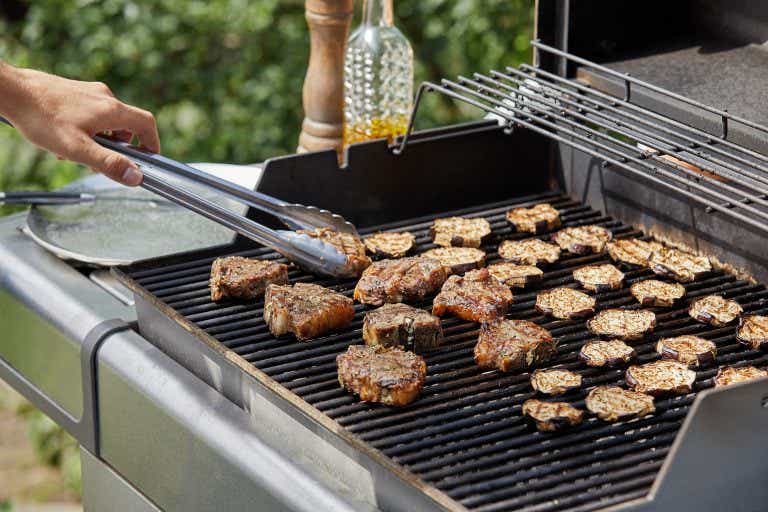 It’s Grill Season! Here Are 12 Must-Haves for Your Next Barbecue

Summer’s officially here, and we can taste it. If you’re already firing up the grill and throwing on the ingredients for your favorite summer recipes, chances are you already have the basic tools you need for a perfect barbecue. If you’re looking to upgrade your grilling game, though, we’ve got some cool gadgets that are […] 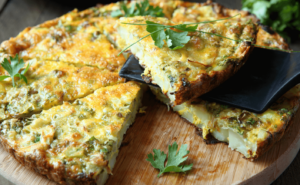 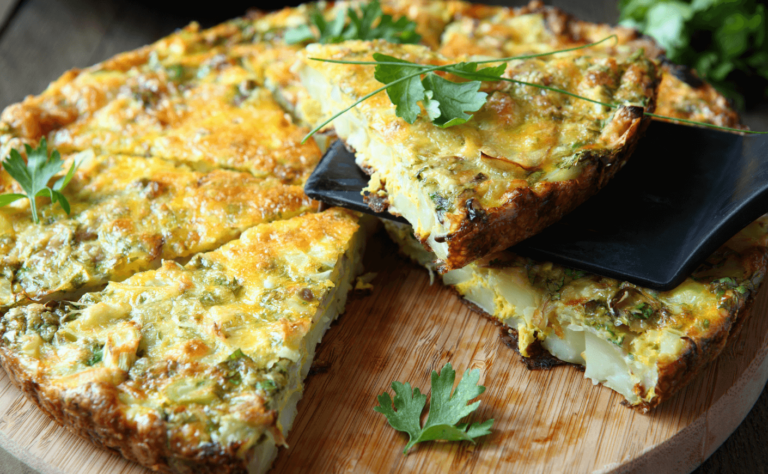 These days, it seems like everyone’s trying to eat healthier. Cooking with wholesome and unprocessed ingredients can have major benefits — it could slow down the aging process and boost your energy. A recent study by the American Medical Association found that packing more fresh fruits and veggies (think: spinach, kale, lemons, and berries) into your diet can actually […] 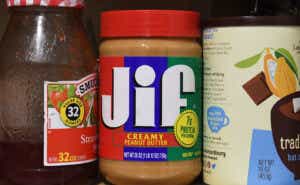 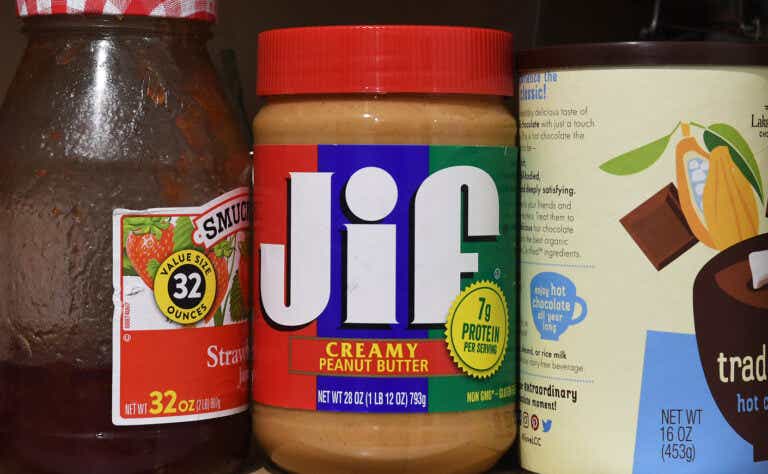 Step Away From the Jar! What to Know About the Jif Peanut Butter Recall

Time to head to your pantry and check that jar of Jif: Some of the peanut butter sold by the company has been recalled because of a salmonella outbreak. We’re breaking down what to know about the recall and outbreak, how to know if your Jif is from the recalled lot, and salmonella symptoms to […]