No matter who you are, where you live, or what you’re interested in, we’re all plagued by the same question: What should I watch?

We’re living in a golden age of TV, where there’s never a dull moment on our screens. So answering that “what to watch” question gets harder and harder with every new streaming platform that launches. Even in August alone, we can’t begin to count the shows we’re excited to tune into. So, we turned to pop culture king Danny Pellegrino for help: If there’s anyone we trust to tell us what to watch this month, it’s him. Keep reading for Pellegrino’s picks for August TV.

There’s so much compelling TV airing right now or coming out soon, and for a pop culture enthusiast, that can be overwhelming. But I’m here to tell you what you need to tune into this month. Whether you like comedy, drama, drag queens, or animation, I’ve got you covered. It’s a lot of content, which is why I live by the rule that if you don’t like something, don’t force it. Give a series an episode or two of your attention, then move on to something new if you’re not hooked right away. Life’s too short to waste time watching shows you don’t like!

The list of must-watch shows in August is pretty impressive, so you might find yourself liking everything on this list. And for creating that immense time-suck, I am sorry. But you’re also welcome, because each of these shows will enrich your life in ways you never knew you needed.

What to Watch in August

This series from creator Mike White mixes comedy, drama, murder mystery, and a whole lot of satire in a way that’s difficult to explain but completely impressive. I think it’s the best show of the year. Go in with an open mind and enjoy the unhinged ride!

This isn’t a new show, but if you watch The White Lotus and are craving more of Mike White’s sensibility, be sure to watch his other HBO series, Enlightened. This one premiered in 2011 and stars Laura Dern before the Big Little Lies-fueled Dern-aissance. It’s a beautiful two-season show with episodes that weave in meditative narrations by Dern — they’re so hypnotic, you’ll want to add them to your ASMR playlist.

This documentary is a breakdown of the chaos that occurred at Woodstock ‘99, and you won’t believe what unfolded at the music festival. Attendees gave new interviews about their experience in the muddy and occasionally terrifying mosh pits, and critics give thoughtful analysis of how the cultural landscape was shifting as we headed into Y2K. A must-see for music lovers.

This documentary series, about the life and career of country music star Luke Bryan, is geared specifically toward his fans. If you count yourself among them, you won’t want to miss it. The series is a collection of footage taken over the years by director Michael Monaco, who was quietly following Bryan with a camera well before he entered primetime TV as a judge on American Idol. For country girls and boys alike.

Season 1 of The Other Two was a gift that came in the form of 30-minute doses of hilarity, in a show about a family whose youngest son becomes a massive teen pop star. The show’s long-delayed season 2 is finally (almost) here. Molly Shannon, who starred in season 1, will apparently have a larger role this time around, as a mom-turned-talk show host. Shannon is great in everything, of course, but it’s especially fun to watch her play around in a sitcom like this, since she’s one of the funniest people currently on our screens. (Catch her in The White Lotus, too!). Drew Tarver and Hélene York also shine as Molly’s kids — pour a glass of wine and tune in.

Imagine Friday Night Lights, but with wrestling instead of football. Fans of WWE will love the fact that wrestling is finally getting network treatment in this show, but everyone else can enjoy the familial drama between the two brothers at the center of the story. Most people will recognize Stephen Amell from the CW show Arrow, but we see a different side of him in Heels.

The Movies That Made Us (Netflix)

This fantastic documentary series on Netflix focuses on the creation of some of our favorite movies, including Pretty Woman, Back to the Future, Jurassic Park, and more. Also check out The Toys That Made Us for another hit of nostalgia.

Only Murders In the Building (Hulu, Premieres August 31)

Steve Martin and Martin Short reunite for this lighthearted murder mystery series, which sees them teaming up with pop star Selena Gomez. As a Father of the Bride superfan, the thought of seeing Martin and Short onscreen together is enough to get me tuning in, but having Gomez along for the ride is a serious plus. If the show does well enough, maybe we can get FOTB stars Diane Keaton and Kimberly Williams-Paisley to appear in season 2. Wishful thinking? I don’t think so!

Season 1 of this incredible series wrapped earlier this summer, but if you haven’t watched Jean Smart’s star turn in this amazingly written comedy, you need to. Equal parts hilarious and dramatic, it’s one of the best shows in recent memory, and hinges on a Joan Rivers-ish comedian working alongside a young writer in the entertainment industry.

The Real Housewives of Potomac (Bravo)

If you’ve never watched The Real Housewives, I recommend tuning into the Potomac version that’s airing now — it delivers one of the franchise’s most entertaining seasons. With iconic one-liners, outfits, and feuds, plus a new feisty housewife in the mix, RHOP is one of the best-produced reality shows on television. Plus, Nicki Minaj is gunning for the role of host at this year’s reunion! If you like it, be sure to tune into my podcast, Everything Iconic with Danny Pellegrino, for weekly recaps of the Bravo series.

Monsters at Work and The Mighty Ducks: Game Changers (Disney+)

If you have kids (or you’re young at heart), check out these great Disney+ series this summer. They’re both sequels to super-popular franchises (the 2001 Pixar series Monsters Inc., and the 1992 kids’ hockey flick The Mighty Ducks), but even kids who missed those classics the first time around will love these reboots.

The camp classic show Drag Race is a staple for millions, and this season — one of the All Stars offshoots — is one of the best seasons in recent memory. As a bonus, the show airs uncensored on Paramount+, which means this is best watched after the kids go to bed. More lip syncs, reads, and wig snatches for you! 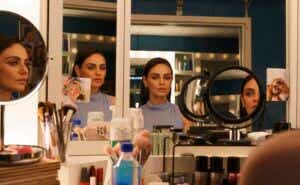 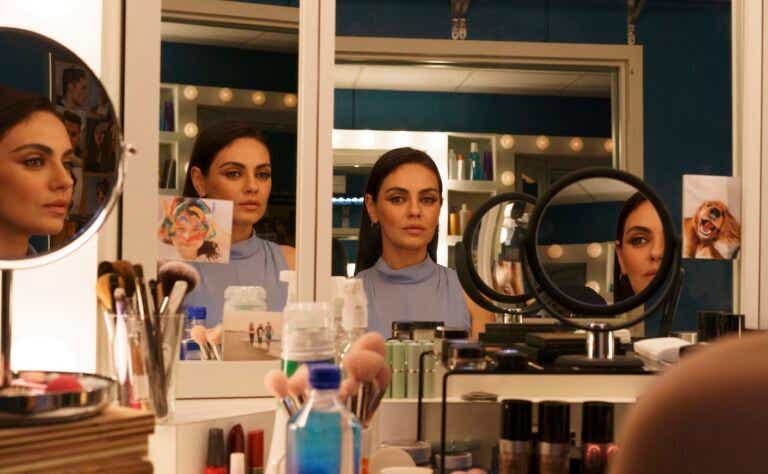 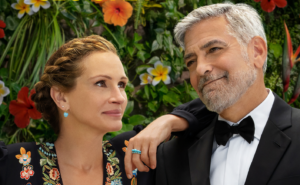 There’s nothing quite a great movie to give you some much-needed escapism from the stresses of work, family, and everything else you’re balancing. And if you’ve already run through the feel-good movies on Netflix or gobbled up our favorite book-to-film adaptations, you’re probably looking for something new. Lucky for us, there’s a slew of great […] 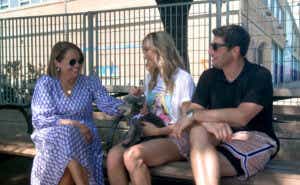 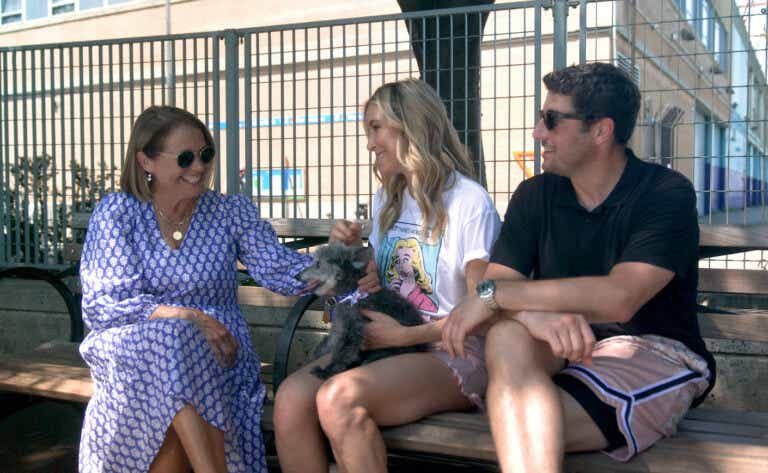 Katie has always loved dogs, but her friends Jenny Mollen and Jason Biggs are what you might call obsessed. They’re devoted dog parents and dedicated animal rescue and adoption supporters. Katie wanted to learn more about how these two became so passionate about rescuing animals, and of course, meet their dog, the legendary Gina Maria […]