In just a few weeks, New York Gov. Andrew Cuomo has been accused by seven separate women of sexual harassment — igniting questions about his future as a politician. In the wake of calls from his party to resign, Cuomo says he won’t consider it until an independent investigation into the allegations is completed. Now, he’s facing an impeachment inquiry.

Just as the accusations began to emerge, Tanya Selvaratnam — a filmmaker and writer who spoke out about an abusive relationship with former New York state attorney general Eric Schneiderman — released her new book, Intimate Violence, on Feb. 23. Selvaratnam’s allegations concerning Schneiderman’s persistent emotional and physical abuse were first revealed in a 2018 New Yorker investigation, leading to his resignation.

In an interview with KCM, Selvaratnam details her reaction to the Cuomo allegations, an alleged culture of silence in New York politics, and his subsequent apology. She also explains why she sees the tide shifting towards a second wave of the #MeToo movement.

KCM: As another New York state politician, Andrew Cuomo, has now been accused of sexual harassment by multiple women, what is your immediate reaction to the allegations?

Tanya Selvaratnam: My immediate reaction is that there needs to be an independent investigation, and I’m relieved that Eric Schneiderman is not the person in charge of that investigation.

I believe in due process, and I, myself, submitted to multiple legal and journalistic investigations. Even though participating was painful and uncomfortable, I wanted to support the process. Before jumping to conclusions, an independent investigation is essential.

From a survivor’s perspective, could you tell us what it was like to make the decision to come forward with your own story? What was the aftermath like?

I felt like I didn’t have a decision when I discovered that I was not the first person Eric Schneiderman had abused. Abusers are skilled at making you feel that you are responsible for the abuse. They’re also very skilled at customizing the abuse. But as soon as I found out what he had done to a previous girlfriend, many years before me, I realized that there might be others out there. Plus, I knew that there would most definitely be others after me if I didn’t come forward.

I was grateful that the reporting by The New Yorker was so airtight and thorough, that it resulted in his quick resignation. If that hadn’t happened, I would have been very afraid. I had made plans to leave the country and had deleted my social media accounts a couple of months before the story came out. But my situation was unusual in that the abuser I was exposing was the top law enforcement officer of New York state.

Cuomo had a press conference recently, where he apologized to anyone he might have hurt with his actions. What do you think of this apology?

Until the veracity of the allegations are established, I don’t want to read between the lines of his apology. But on the surface, the way he seemed to separate his intent from the woman’s experience is classic chauvinism and misogyny.

Say the allegations are verified by an investigation. If so, what do you think should happen?

Depending on what the facts show, appropriate action should be taken. That should be determined by those in charge of the investigation.

I want to point out that while harm is harm, there are different types of harm. Sometimes, people think abuse is solely physical violence, but it can also be verbal, emotional, digital, legal and financial. I believe in repercussions that are appropriate to the abuse. In my situation, we were talking about intimate violence in a committed relationship, that involved physical, emotional and verbal abuse. The allegations made against Cuomo involve inappropriate touching and sexually suggestive language, which constitute sexual and workplace harassment. In his apology, it would’ve been nice to see him acknowledge that he was in a position of power and how he benefited from that power.

Why did you title your book, Assume Nothing? What’s the power of that phrase when talking about domestic violence?

“Assume nothing,” is what Eric Schneiderman used to say to me. He would say, “Assume nothing, trust no one.” I decided to write the book after I had many people reach out to me around the time of The New Yorker story in 2018. They were sharing their own stories of abuse. I wrote the book for them, and to give others the tools to spot, stop and prevent intimate partner violence in their own lives.

I wanted to reclaim the language he used to silence me, and show readers that a victim looks like all of us and perpetrators are of all stripes. Even fierce women get abused, even “feminist” men are abusers.

Would you say writing the book was cathartic for you?

I wrote my way out of the darkness. Writing the book was painful because I had to recall what I tolerated. I also had to recall the fractures within myself that stem from being witness to domestic violence in my home during my childhood. When people tell me that it reads like a thriller, I’m amazed because I didn’t set out to write a thriller. I just wrote the story as it unfolded.

Well, they often say truth is stranger than fiction.

Right, can you believe that the Cuomo allegations came out the week my book did? I couldn’t have scripted that. Plus, did I tell you that Cuomo knew about Eric’s violent behavior towards women years before I dated Eric? Eric’s violent behavior was well-known in inner circles. Popular culture focuses on the catfights of women, but men have cat fights too, and the animus between Eric Schneiderman and Andrew Cuomo was palpable.

I shudder to think about the dance with each other’s devils they might have done if Eric were still in power. The investigation would have been inherently compromised.

How do you know that Cuomo knew about his violent behavior?

He was aware of a violent relationship that a previous girlfriend had with Eric, which I found out about when the New Yorker investigation was happening. I also know that Rep. Kathleen Rice knew. It’s ironic to me that Kathleen Rice was the first elected official in New York state to call for Cuomo’s resignation.

But no one ever warned you?

You recently told The New Yorker that you feel we are facing the second wave of the #MeToo movement. What makes you give this assessment? How does it differ from the first wave?

Before Evan Rachel Wood came out with abuse allegations against Marilyn Manson, and FKA twigs accused Shia LaBeouf of abuse, I think some people were privately asking if the #MeToo movement was waning. It had been a while since there was a #MeToo story in the news.

But I think the next wave of the movement will be about exposing intimate violence in committed relationships. There is so much stigma and shame around it because there are typically only two witnesses, the victim and the abuser. The statistics are devastating. One in four women, and one in seven men will experience some form of intimate violence in their lifetimes.

Then during the pandemic, we’ve seen alarming rates of increases in domestic violence around the world. We have to take this opportunity to address it. So my book came out, shortly after Evan Rachel Wood and FKA twigs shared their stories, and just before the Cuomo allegations became public. I don’t think that is a coincidence. Nothing was planned, but I do think it is in the ether. It’s in the energy shift that’s happening.

What needs to change to address these issues?

That’s going to involve an overhaul of education, and the ways boys and girls are brought up. There needs to be healthy manhood and female empowerment training in every school. There need to be improved laws that protect victims and survivors and help them feel safe in coming forward. And there need to be more resources at a governmental level for organizations that provide shelter, legal services and mental health counseling for victims, survivors and their loved ones. 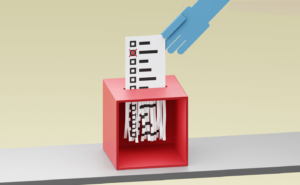 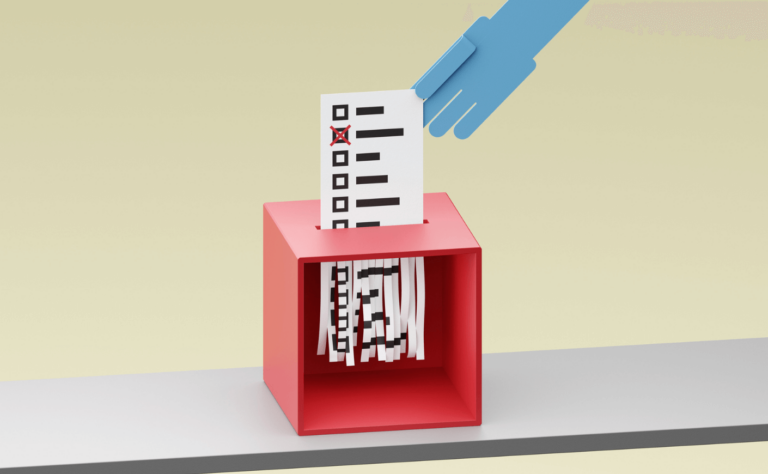 For many Americans, the events of January 6, 2021 may seem like a distant unpleasant memory: an angry mob storming the United States Capitol while Congress was confirming Joe Biden’s victory in the 2020 U.S. presidential election over Donald Trump. To some, it was a one-time event that ended when police cleared the Capitol of […] 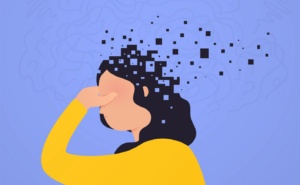 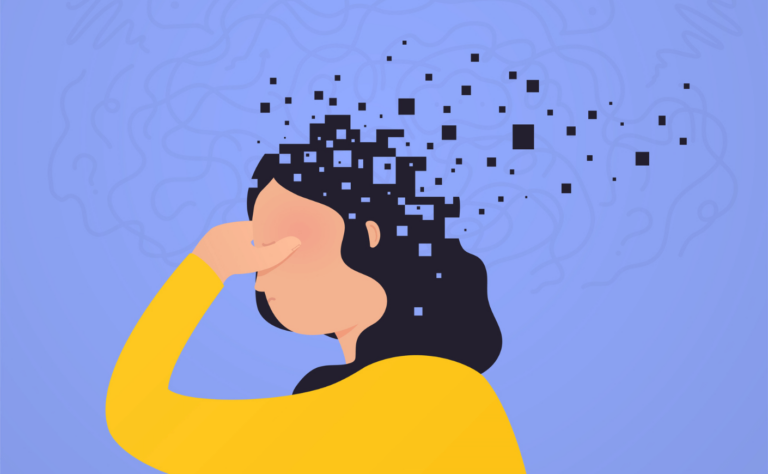 A Slow Grief: Caring for Someone With Dementia

I am watching my mother’s brain die right before my eyes. During a recent visit, she said to me, “Please, Rosemarie, can you help me remember who my children are?” I maintained my composure and said, “Of course: There’s Betty Ann, Tommy, Carl, and me.” She looked deep into my eyes and tried to repeat […] 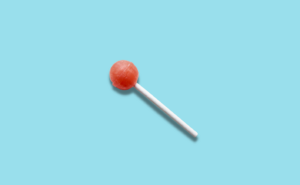 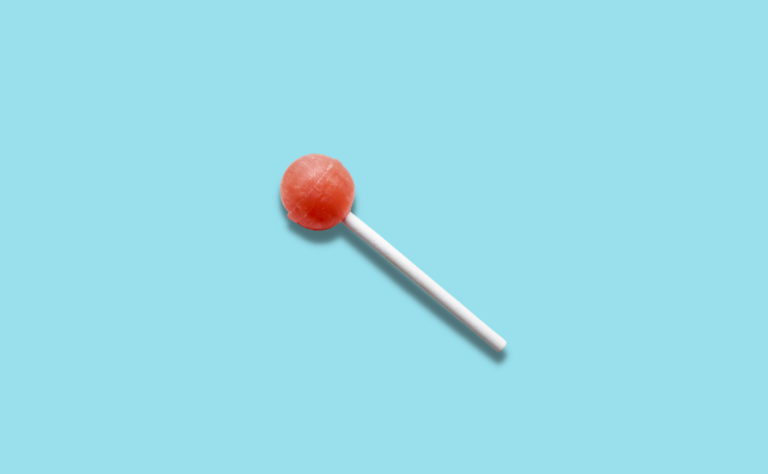 No, I’m Not Done Growing Up

So many sentiments expressed during these crazy, sad, dispiriting years have come and gone. Just when we think, “Wow, that’s true,” or “Wow, that is so not true,” thoughts fly away. Not erased, exactly, but soon to be one-upped by something as initially disheartening, then forgotten. But then, something may take hold. Which brings me […]