Some are true, some aren’t — but they’re all fascinating.

With the new Baz Luhrmann-directed biopic Elvis finally hitting theaters this weekend, interest in the superstar known as the King is higher than it’s been in years. But you’ll always find references to Elvis in one place or another — he’s one of the most influential performers in American music, and he led a larger-than-life existence that’s captured our imagination since he first burst onto the scene in the 1950s.

And just like any icon who’s reached this level of rarefied status, Elvis is the subject of a few mesmerizing stories that are consistently passed around, often becoming more embellished with each retelling. They’re fun to hear, but are they accurate? We took a deep dive into five particularly memorable tales about the “Can’t Help Falling in Love” crooner to separate fact from fiction.

Did Elvis take a private flight to pick up an 8,000-calorie sandwich?

We’re kicking things off with a story that’s pretty astonishing — and yet totally true.

The sandwich in question is called the Fool’s Gold Loaf, and it was served at the Colorado Mine Company restaurant in Denver. The sandwich sounds like a cardiologist appointment waiting to happen: Served on a footlong piece of sourdough bread, it contains lots of butter, a jar of peanut butter, a jar of blueberry jam, and a pound of bacon.

Elvis first encountered the treat in 1976 after he performed a concert nearby. The cook that night was Nick Andurlakis, who was then a teenager. He recalled that a police officer brought Elvis in and introduced him to the staff.

Elvis asked for a recommendation about what to order, and Andurlakis suggested the Fool’s Gold — which he served that night with a side of two pounds of fruit.

The sandwich was such a hit that some time later, the King flew from Memphis to Denver in his private jet to pick up an order for his daughter Lisa Marie’s birthday. One of the waitresses from the restaurant personally delivered the sandwich to an airport hangar, The Denver Post reports.

In 2007, on the 30th anniversary of Elvis’s death, a writer from The Spokesman-Review in Spokane, Washington, asked a chef to recreate the monstrous meal and reported that its nutritional profile boasted a whopping 8,000 calories.

Did Elvis give a blind fan $50,000 and concert tickets for life?

This tale has gone viral many times, and the story goes that during a concert in 1975, Elvis heard that a young blind girl was in the audience that evening, and he immediately asked that she be brought to the stage. When she met her idol, the girl reportedly asked to feel his face, since she couldn’t see just how handsome he really was. After the show, Elvis is said to have sent the girl and her family a check for $50,000, along with the promise that he’d pay for tickets, travel, and hotels so they could attend any and all concerts he would perform in the future.

A spokesperson for Graceland told Snopes in 2021 that after deep research into the Elvis Presley archives, the team who knows him best found “no record of this happening.”

Another version of the story makes no mention of the generous gift, but includes the same photos of Elvis and the young fan and says he gifted her with a scarf — though it claims Elvis held the microphone away from his mouth so that the audience was unable to hear their conversation.

It appears that the story arose from a show Elvis did in Norfolk, Va., July 20, 1975. A review of that concert that was dug up by Snopes mentions that a young girl (or, as the review calls her, “a fan, a female fan, a worshipper”) approached the stage and received the scarf from the King’s neck. But there’s no mention that she was blind.

So while we can assume that little girl thought about her special moment with Elvis for years to come, there’s no indication that she got any expensive gifts — nor that she was unable to actually see the man she loved so much.

Celebrities rub elbows all the time at flashy galas and exclusive events, but the idea of two great icons meeting before one of them reached legendary status always fascinates us. So if you’ve seen an image on social media purporting to capture Elvis crossing paths with a young Madonna before she forever changed pop music, it’s easy to let your mind run away with thoughts of how the chance meeting could have inspired the greatness she later achieved.

The photo originated from an edition of The Detroit Free Press that was published on Sept. 12, 1970. Presley had just played a show in the city that was attended by almost 17,000 adoring fans, whom the newspaper says “never stopped screaming” during his electric performance.

Madonna was born August 16, 1958, so that would mean she was 12 years old at the time the picture was taken. The queen of reinvention was also raised in Detroit, so it’s definitely plausible that she could have been at the concert.

The truth, however, is that she wasn’t. Matthew Rettenmund, the author of an exhaustively researched book called Encyclopedia Madonnica, debunked the rumor earlier this year.

“Madonna 100% did not meet Elvis,” Rettenmund tweeted. “This pic does not show a 12-year-old, let alone a 12-year-old Madonna — that is an older girl, probably a woman in her 20s. Madonna’s never mentioned meeting Elvis. Her first-ever concert, due to a strict dad, was Bowie.”

Madonna herself has said many times that David Bowie was in fact her first live show, and the fact that there’s no record of her ever discussing an encounter with Elvis over the course of her four-decade career means it’s safe to say this meeting of the minds is just a fantasy.

Did Elvis die while using the restroom?

This piece of lore has maintained a persistent place in our cultural consciousness largely because of the dichotomy it presents as compared to the image we all have of the hip-shaking superstar in his prime.

Elvis died August 16, 1977 (interestingly, the same date that fellow icon Aretha Franklin passed away 41 years later), and though he was only 42 years old, he was far removed from the fit and energetic performer he once was. He suffered from ailments including liver damage, glaucoma, and an enlarged colon, and he’d been worn down by excessive use of drugs like barbiturates, Valium, and Quaaludes.

On the evening of his death, Elvis was at Graceland, his famed Memphis mansion. While it’s impossible to know the exact moment he passed away, he was in fact discovered in the bathroom, and all signs indicate he had been sitting on the toilet in his final moments.

Elvis’s partner at the time, Ginger Alden, wrote about how she discovered him that evening in her book, Elvis and Ginger: Elvis Presley’s Fiancée and Last Love Finally Tells Her Story.

“Elvis looked as if his entire body had completely frozen in a seated position while using the commode and then had fallen forward, in a fixed position, directly in front of it,” she writes. “His legs were bent, the upper part of his chest and shoulders touched the ground, and his head was slightly turned to the left with his cheek resting on the floor. His arms lay on the ground, close to his sides, back toward his legs, palms facing upward.”

Doctors ruled that a heart attack was the cause of death, most likely due to his addiction to prescription medication.

Is there a secret room at Graceland that visitors can’t access?

Elvis might have been one of the biggest stars in American musical history, but when he died in 1977, he actually left behind very little thanks to his extravagant spending. In fact, his Memphis home was almost lost, which was “a shock to all of us,” as his ex-wife Priscilla Presley put it to Katie during a revealing interview and tour of the house in 2002.

But the Presley estate’s finances totally turned around when Graceland was opened as a tourist attraction in 1982, and by the time Katie spoke with Priscilla, the visits from fans were bringing in $15 million per year.

Four years later, another media titan got another look inside Elvis’s former home — and made a fascinating discovery. In 2006, Oprah Winfrey visited for a tour led by Elvis’s daughter Lisa Marie Presley, which included the first-ever peek inside a secret room that’s completely off-limits to just about everyone. It’s so secretive, in fact, that Oprah’s cameras weren’t allowed to record the journey to the room, so that no one would know where it’s located.

The space is heavily protected, with precautions against damage from fires, earthquakes, and tornadoes, and wearing gloves is required to enter. So what’s inside?

The room holds a treasure trove of memorabilia and precious personal belongings. In addition to more than 60,000 photographs, it contains checks signed by Elvis himself, accessories like rings and sunglasses, and a vast collection of clothes, including 88 of his famous jumpsuits.

“It’s very comforting that I can come here,” Lisa Marie told Oprah. “No one actually knew this was even here, so I could come in at any time to rummage through the boxes. …The whole thing, even the house, it’s like a little time capsule of the past. Nothing’s changed.” 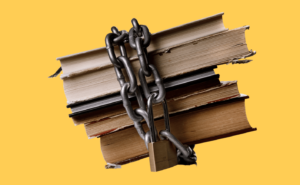 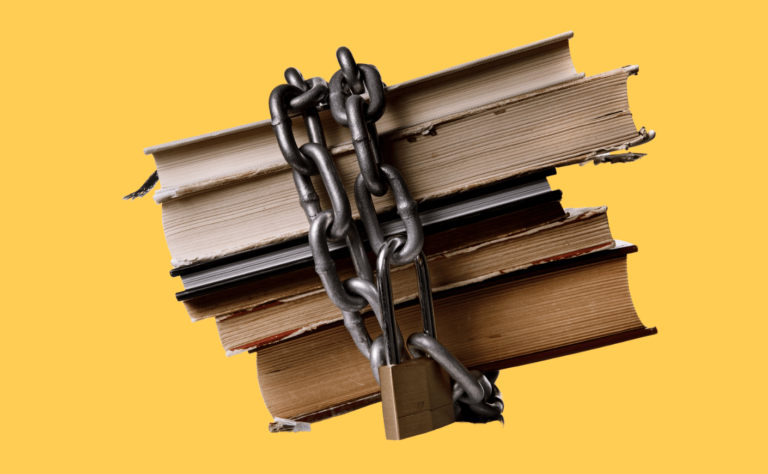 These Were the Most Commonly Banned Books in America in 2021

When Margaret Atwood’s classic dystopian novel The Handmaid’s Tale was banned in Leander, TX, in 2021, the author said, “I had thought America was against totalitarianisms. If so, surely it is important for young people to be able to recognize the signs of them. One of those signs is book-banning. Need I say more?” According […] 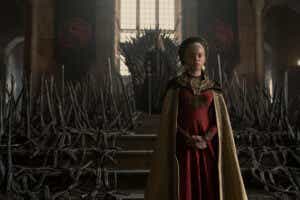 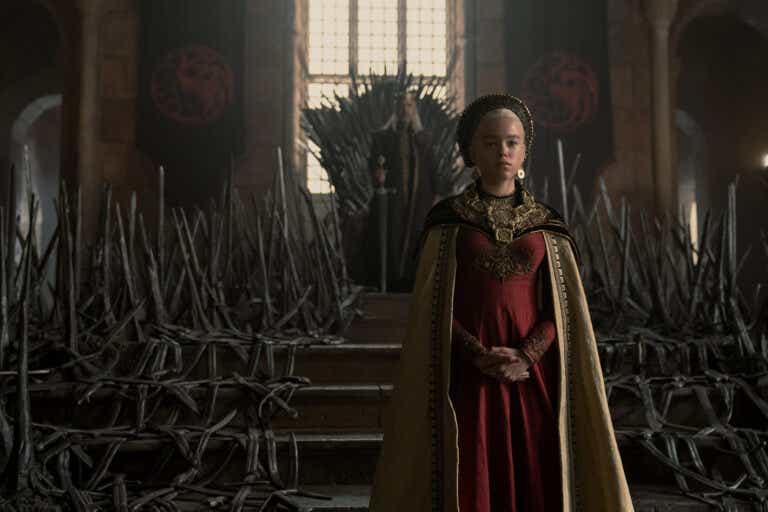 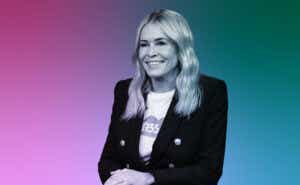 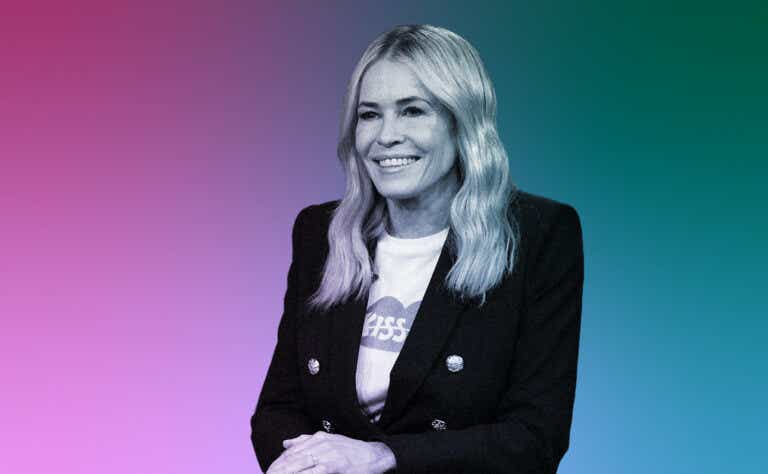